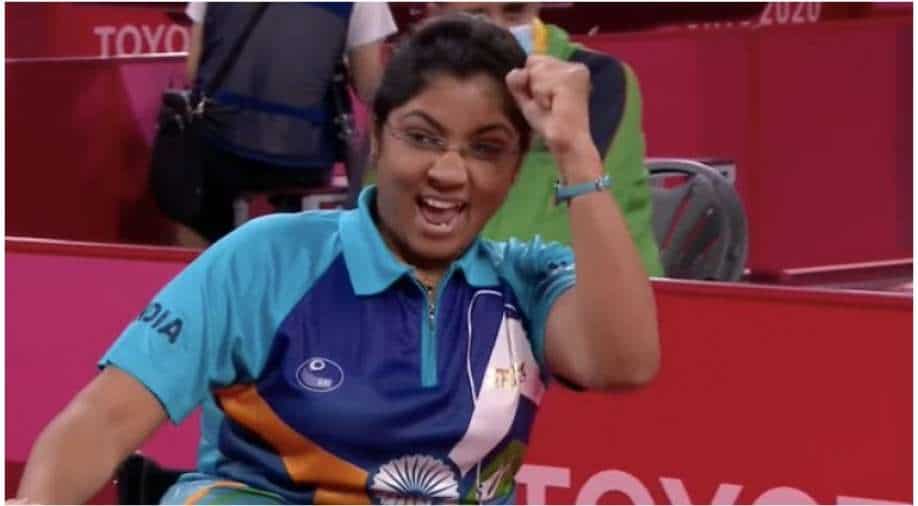 India`s para table tennis player Bhavina Patel on Friday qualified for the quarter-finals of the Tokyo Paralympics after a scintillating 3-0 win over Joyce de Oliviera of Brazil in her Class 4 round of 16 match. Bhavina defeated Joyce in three straight sets 3-0 (12-10, 13-11, 11-6) to clinch the game and move into the next round. Joyce started the game on a high as she took a lead but Bhavina came back strongly to save a game point and take the first set 12-10.The Indian paddler continued to dominate the match and took the second game 13-11 against the Brazilian.

Bhavina was trailing at one point with a score of 7-10 and saved all three game points to seal the game 13-11.In the third essay, Bhavina came back from 0-3 to seal the game 11-6 and move into the quarter-finals with a 3-0 win. Bhavina had defeated Megan Shackleton of Great Britain 3-1 in a thrilling match on Thursday. Also, India`s para table tennis player Sonalben Patel lost against Lee Mi-gyu of South Korea in Group D of women`s singles -- Class 3 on Thursday. Mi-gyu defeated Sonalben 3-1 (10-12, 11-5, 11-3, 11-9) and the entire match lasted for just 30 minutes.