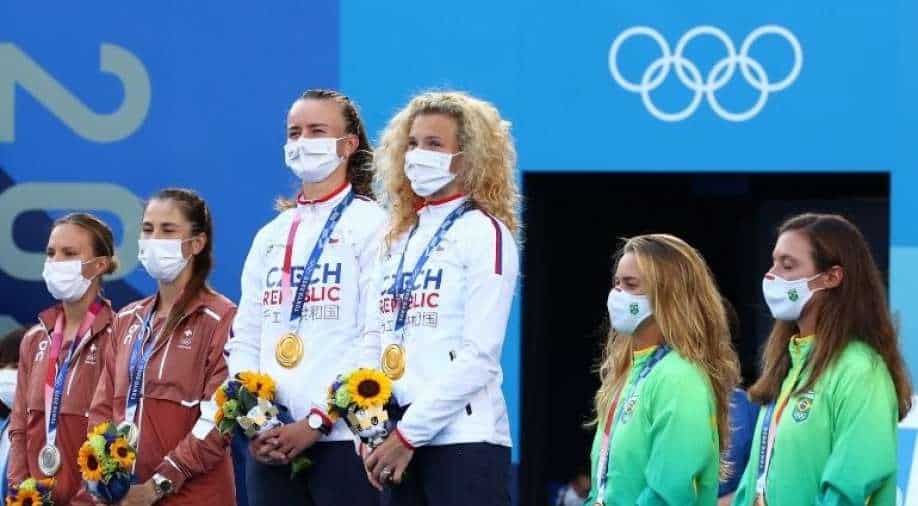 The victory for the top-seeded Czech team and three-time Grand Slam champions put an end to Bencic's dream of making it a Swiss double golden success, after she triumphed in the women's singles final a day earlier over Krejcikova and Siniakova's compatriot Marketa Vondrousova.

But it helps continue a dream summer for Krejcikova who took home both the women's singles and doubles trophies at this year's French Open. She and Siniakova also won the 2018 French Open and Wimbledon.

Brazilians Laura Pigossi and Luisa Stefani won the bronze on Saturday, claiming their country's first tennis medal with a win over Veronika Kudermetova and Elena Vesnina of the Russian Olympic Committee.