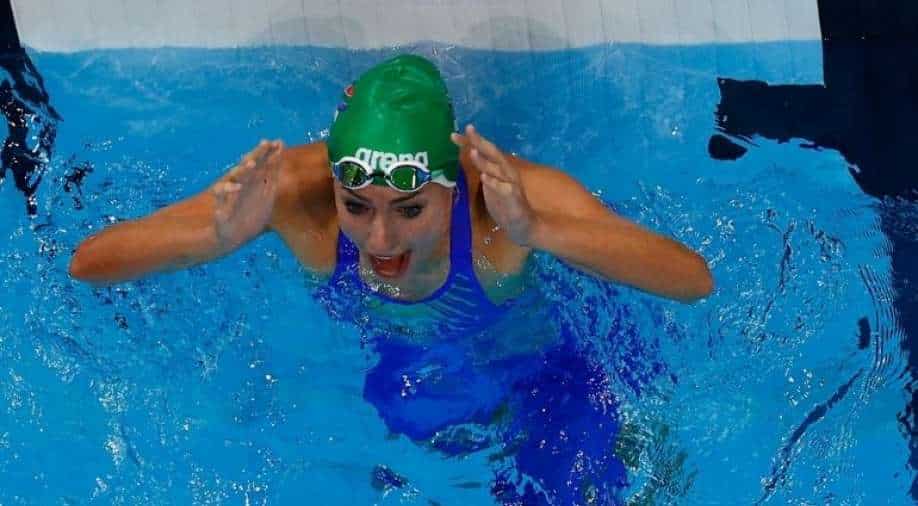 US swimmers Lilly King and Annie Lazor took the silver and bronze medals.

Tatjana Schoenmaker won the women`s 200m breaststroke on Friday in a world record time of 2:18.95 to deliver South Africa`s first gold medal of the Tokyo Games.

US swimmers Lilly King and Annie Lazor took the silver and bronze medals.

Schoenmaker, who had already claimed silver in the 100m breaststroke on Tuesday, powered to the finish 0.97 seconds ahead of King.

King led until the 150m turn when Schoenmaker went in front and then delivered a powerful final length to smash the world record and grab gold.