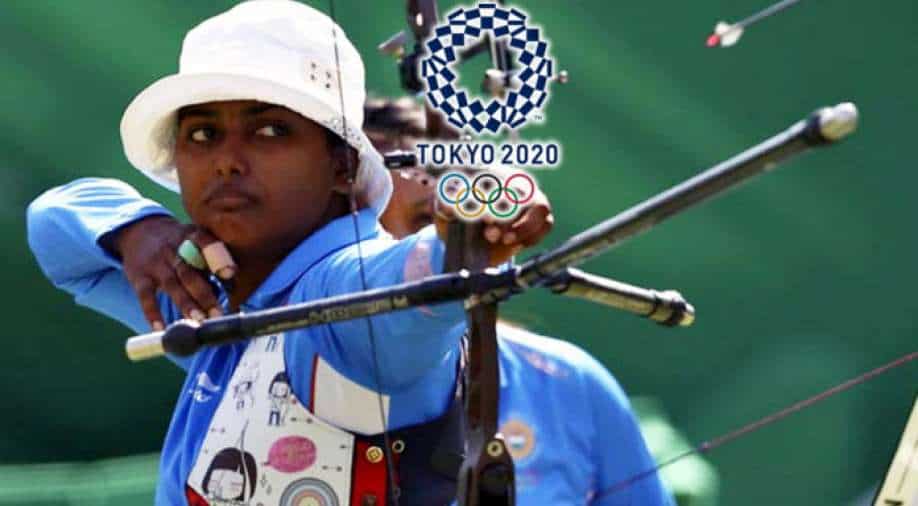 The Chinese Taipei archers, though, were equally good and forced a draw to maintain their lead at 3-1.

India`s world No.1 women`s archer Deepika Kumari and experienced Pravin Jadhav provided some cheers to the contingent, securing a place in the quarterfinals in the mixed team event at the Yumenoshima Ranking Field here on Saturday.

The pair rallied to overcome the Chinese Taipei pair of Lin Chia-En and Tang Chin-Chun 5-3 in the opening elimination round and will take on the winners of the match between the top-seeded South Koreans and Bangladesh.

The opening set went in favour of the archers from Chinese Taipei 36-35 as Jadhav had two poor shots of eight. However, the Indians came back strongly in the second set with 38 in their four shots.

The Chinese Taipei archers, though, were equally good and forced a draw to maintain their lead at 3-1.

Deepika and Jadhav came back strongly to win the next set 40-35 with perfect scores of 10 from both Indian archers to match the scores at 3-3.

In the decider, with India needing 20 points in the final two attempts, Deepika and Pravin held their nerves to shoot perfectly and win the set 37-36 and with it the match.

The Indian team had qualified as the ninth-best team after the ranking round on Friday while Chinese Taipei were ranked eighth.

On Friday, Jadhav`s better performance compared to Atanu Das in the ranking round had led him to be paired with Deepika for the mixed team event.