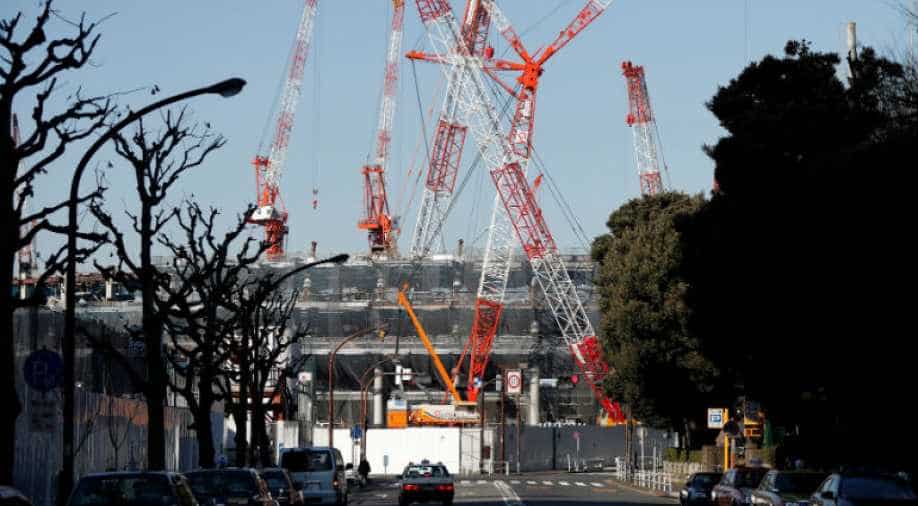 The construction site of the New National Stadium, main stadium of Tokyo 2020 Olympics and Paralympics, in Tokyo. Photograph:( Reuters )

Tokyo 2020 organisers on Friday unveiled a "significant" cut in their budget for hosting the games, as the city comes under pressure to keep a lid on spiralling costs.
The overall games budget now stands at a total of 1.35 trillion yen ($12.6 billion), organisers said in a statement.

"Going forward, Tokyo 2020 will continue to seek further cost reductions, particularly in the areas of event operations, transport, accommodation and security," organisers said in a statement.

They hailed a "significant reduction in costs" resulting from "sustained efforts ... to avoid recourse to public funds."

"This will not be the end of the cost reduction efforts," vowed Hidemasa Nakamura, chief financial officer of the Tokyo 2020 organising committee, at a press conference.

"We hope to draft (budget) plans so that Coates will say `good job` at the end," Nakamura said.The Tokyo 2020 organising committee will cover $5.6 billion of the costs, with the Tokyo city authorities and the Japanese government stumping up a further $7.0 billion between them.

The $5.6 billion organising committee budget is covered by ticket sales, licensing and sponsorship and the statement hailed an increase of $0.9 billion in sponsorship revenue.

However, Tokyo 2020 admitted it still needed to find $0.2 billion in "expected additional revenue" to balance the books and vowed it would "continue to look at ways" to secure the extra funding.

Tokyo organisers are under pressure to keep costs down, with the International Olympic Committee worried that ballooning price tags for hosting the games will deter cities from bidding for the showcase event.

The rollout of the centrepiece Olympic stadium turned into a fiasco when Prime Minister Shinzo Abe tore up the blueprints amid public anger over its price tag.

In 2016, an expert panel warned the total costs could exceed an eye-watering $25 billion.

In its bid, Tokyo estimated the bill for the Games at a little over $7 billion.