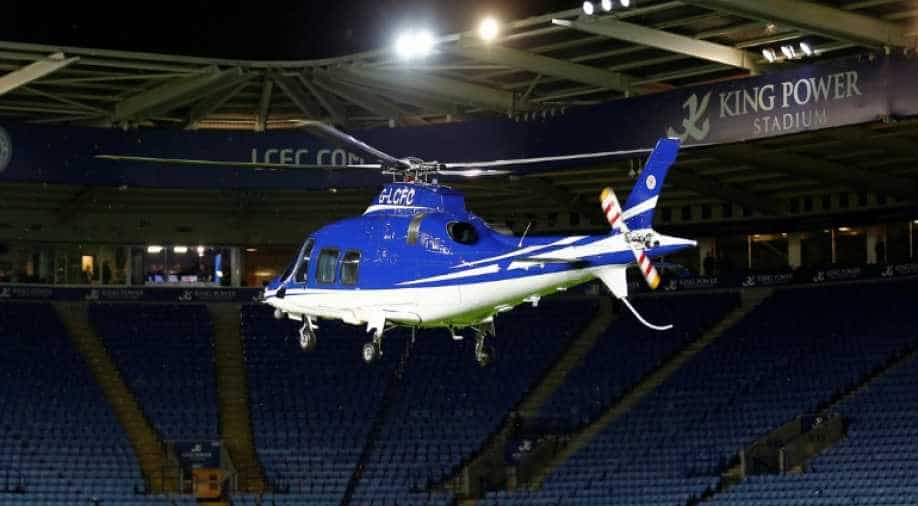 General view as a helicopter lands in the stadium at the end of the match. Photograph:( Reuters )

Two King Power officials said they could neither confirm nor deny whether Vichai was on board the helicopter.

Officials at Thailand's King Power said on Sunday they could make no comment after a helicopter belonging to chairman Srivaddhanaprabha, who also owns Leicester City football club, crashed in flames following a Premier League match.

Two King Power officials contacted by Reuters said they could neither confirm nor deny whether Vichai was on board the helicopter.

"We cannot say anything and no statement can be given yet," one of the King Power officials said.

While the British media reported that Srivaddhanaprabha was on board the helicopter that crashed, quoting a source close to his family.

The incident happened after, Leicester had drawn 1-1 against West Ham United at the King Power Stadium, with the match finishing about one hour before the helicopter took off from the pitch.

A Leicester City spokesman said: “We are assisting Leicestershire Police and the emergency services in dealing with a major incident at King Power Stadium. The Club will issue a more detailed statement once further information has been established.”