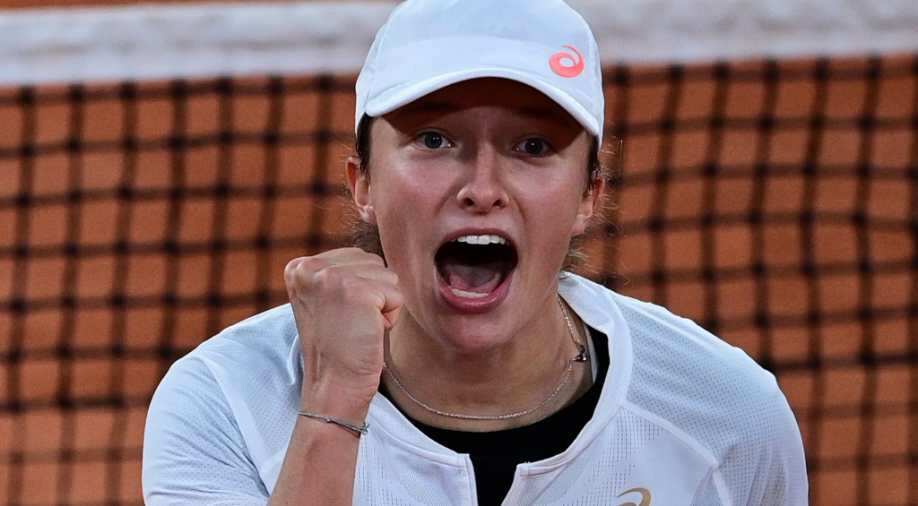 Poland`s Swiatek, seeded seven, suffocated her opponent from the start to reach the last 16 with her third straight-sets victory.

Only four women have won Wimbledon having also clinched the junior title, but Iga Swiatek is looking an increasingly good bet to add her name to that list after storming into the fourth round with a 6-1 6-0 demolition of Irina-Camelia Begu on Friday.

Former French Open champion Swiatek`s relentless pressure game crushed her Romanian opponent in a blink of an eye in a one sided demolition on Court 12.

Poland`s Swiatek, seeded seven, suffocated her opponent from the start to reach the last 16 with her third straight-sets victory.

While she clinched the junior title at the All England Club in 2018, she arrived at Wimbledon this year having previously won only one senior match on grass, but now looks very much at home on the slick lawns.

Not that she is letting that distract her.

"You know, it would be amazing. It`s another Grand Slam, so it`s like a dream come true for any of us. Every girl that`s playing here wants to win. Yeah, it would be great winning junior title and then women`s title," she said.

"But I`m not really thinking about it, because I don`t want to put any expectation on myself. I`m just playing step-by-step, match-by-match, and not really focusing on what`s gonna happen next week, just next match. I think it`s the good attitude towards the whole tournament."

The 20-year-old, who won the Roland Garros title in 2020, dropped only eight points on serve against Begu and half of them came in just one game.

She broke her opponent twice to race into a 5-0 lead, before Begu finally held serve, and then showed some grit to go with the punishing consistency of her groundstrokes when she saved three break points to hold and take the first set.

The second set was even more one sided as Swiatek swept away the dying embers of Begu`s resistance to romp into the next round.

Next up for Swiatek will be an encounter with former champion Garbine Muguruza or Tunisian Ons Jabeur.

"They both have big serves. It`s gonna be tough," she said. "It`s fourth round of a Grand Slam, so I`m not expecting an easy match. I just hope it`s going to be a good match with a good performance. And yeah, that people are gonna like it."