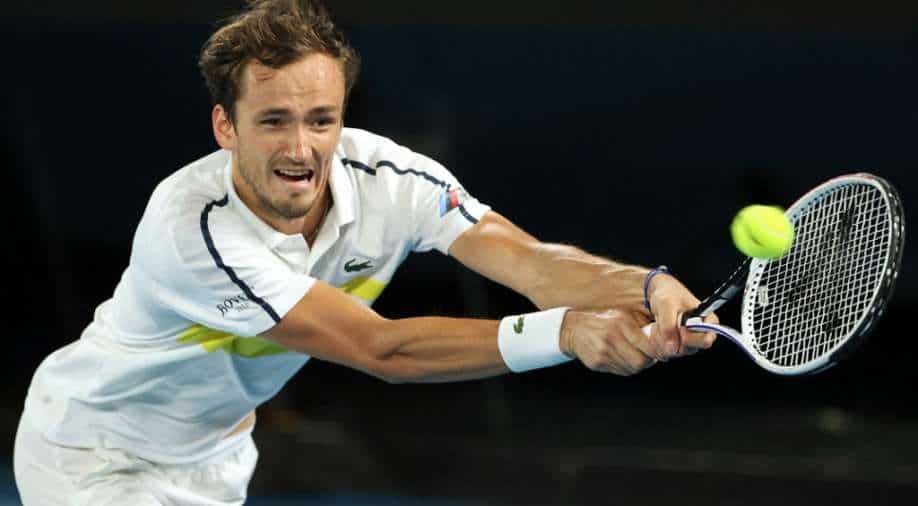 Medvedev lost all his four first-round matches at Roland Garros since his debut in 2017 and has only one win to his name on clay this season.

World number two Daniil Medvedev has never won a match at the French Open, yet the Russian is feeling confident ahead of the claycourt Grand Slam, which starts on Sunday.

Medvedev lost all his four first-round matches at Roland Garros since his debut in 2017 and has only one win to his name on clay this season.

"I have to say coming here was my first practice yesterday, I was playing amazing so far," Medvedev, who will start his campaign against Kazakhstan`s Alexander Bublik, told a news conference on Friday.

"I feel like, I don`t know if maybe the balls change or it`s the conditions, because last year we had these Wilson balls which are supposed to suit me, but it was like five degrees when I played my match so I had almost no chance to do anything against a great player like (Marton) Fucsovics."

The 25-year-old Medvedev, who has played Grand Slam finals at the Australian and U.S. Opens, is certainly expecting to go through to the second round at Roland Garros.

"So far I have been playing amazing. I could play -- I mean, I didn`t feel that it was clay. I was playing like on hard courts, and hopefully, I mean, have some expectations," he said.