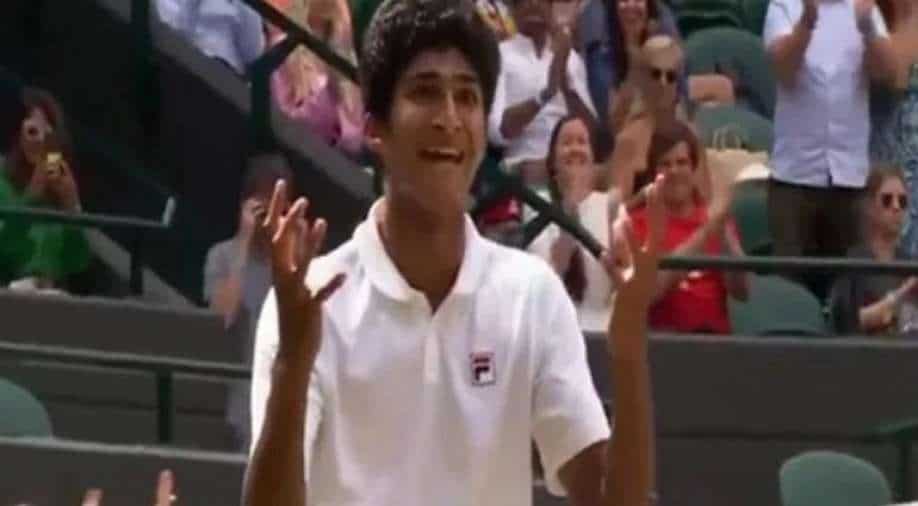 For the first time since 2014, and only the second time since 1977, there was an all-American conclusion to the boys` singles event. Notably, both 17-year-olds were unseeded for The Championships.

Indian-American Samir Banerjee on Sunday won the Wimbledon Junior Men`s title at Number 1 Court. He defeated Victor Lilov of America by 7-5, 6-3 in the Junior Men`s finals to lift the trophy at All England Club.

For the first time since 2014, and only the second time since 1977, there was an all-American conclusion to the boys` singles event. Notably, both 17-year-olds were unseeded for The Championships.

The first set between the duo went back and forth, but in the end, Banerjee managed to hold his own to win the set by 7-5. In the second set, Samir was in cruise mode as he broke the early serve of Lilov and completed his triumph over the compatriot in just one hour and 21 minutes.

In girls` singles, final German Nastasja Mariana Schunk faces Ane Mintegi Del Olmo of Spain in another battle of unseeded 17-year-olds. Spain have had success in the ladies` singles, with Conchita Martinez and Garbine Muguruza each lifting the Venus Rosewater Dish, but a Spaniard is yet to win the girls` singles title.

Later, Abedallah Shelbayh has a chance to become the first Jordanian Grand Slam winner at any level when he teams with Spain`s Daniel Rincon in the boys` doubles final against Edas Butvilas of Lithuania and Spain`s Alejandro Manzanera Pertusa.No.1 seeds Kristina Dmitruk of Belarus and Russian Diana Shnaider face the Belgian-Finnish pair of Sofia Costoulas and Laura Hietaranta for the girls` doubles title.