Tennis: Amanda Anisimova bursts out in tears when asked about father, Kygrios calls it cruel 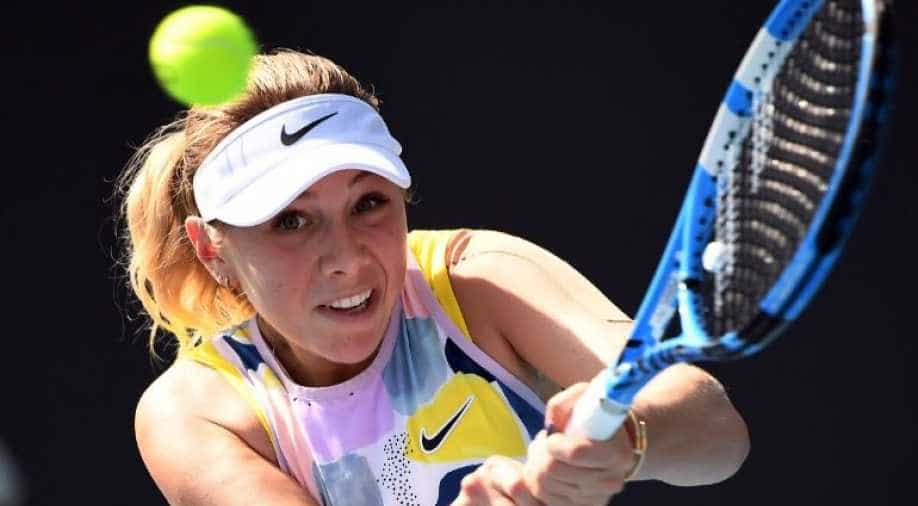 Amanda Anisimova burst into tears in the post-match media conference after she was asked about her father,  the American rising star bowed out of the first round of the Australian Open this year.

She was playing her first major Grand Slam post her father's untimed demise. Her father died due to a heart attack. The shocking tragedy took place just before the 2019 US Open.

After the match ended a reporter asked her if she 'felt unsettled' after the tragedy, where she replied while fighting her tears"Do we really have to talk about this so fast after a match?".

Her mixed-double partner Nick Kyrgios blasted at the media after this incident. He called it 'cruel'.

This makes me so mad. Have a heart and please feel, it’s not fair. Keep your head up Amanda ❤️🙏🏽 #alwayswatching https://t.co/gaoA8SlOFY

Nick Kyrgios has also proceeded to the next round. The young Australian has promised A$200 per ace this month.

The 18-year-old displayed her skills when she beat World No 3 Simona Halep in the French Open quarterfinals. But she was beaten by the then French Champion Ashleigh Barty in semis.

Anisimova was seen as a prodigy after the match, Nike signed the teen for a long term deal for $102 million. The deal was compared to that of Maria Sharapova's.