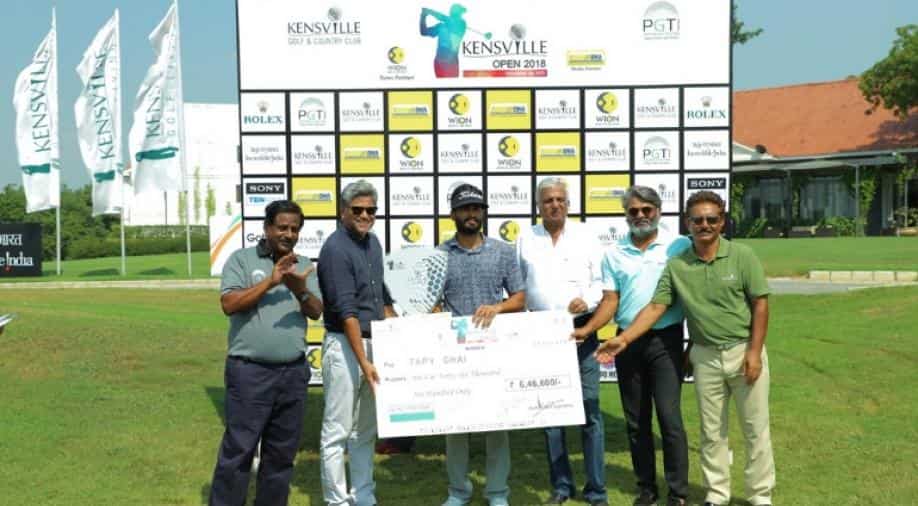 Gurguram's Tapy Ghai produced a fiery last round of 67 to register his maiden win.

Delhi's Sachin Baisoya, fresh from his season's best finish in Noida last month, set the bar in round one as he carded an error-free five-under-67 to enjoy a one-shot lead.

Chennai-based rookie Shivnaren Srinivasan fired a hole-in-one on the 11th during his round of three-over-75. He was placed tied 51st.

Gurugram-based professional Tapy Ghai surged ahead in round two. The 22-year-old Ghai shot a two-under-70 to take a one-shot lead at five-under-139.

Chandigarh's Akshay Sharma, who won the last PGTI event in Noida last month, found himself in contention once again. The 28-year-old Akshay came up with a four-under-68 in round three to take a two-shot lead at seven-under-209.

Gurguram's Tapy Ghai produced a fiery last round of 67 to register his maiden win. The 22-year-old, playing only his second season as a professional, marched to the victory of Kensville Open 2018 with a two-shot margin having totaled 10-under-278 for the week.