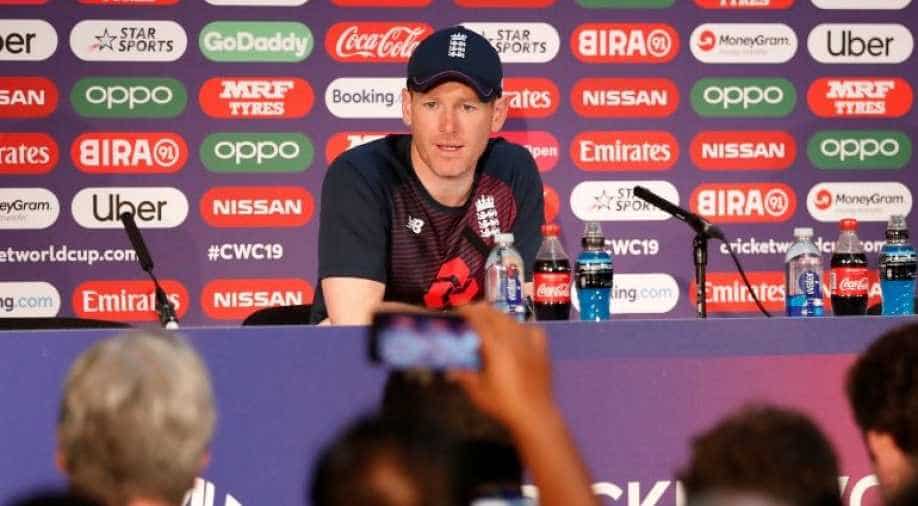 England had already lost regular T20I starters Jofra Archer, Ben Stokes, and Sam Curran prior to the tournament, and have since lost Tymal Mills and Jason Roy during the World Cup.

England captain Eoin Morgan on Tuesday said that injuries to many key players have levelled the playing field ahead of their first semi-final against New Zealand in the ongoing 2021 Men`s T20 World Cup.

England had already lost regular T20I starters Jofra Archer, Ben Stokes, and Sam Curran prior to the tournament, and have since lost Tymal Mills and Jason Roy during the World Cup.

And Morgan believes that the absence of these players means his team is not the clear favourites to beat New Zealand, despite being the top-ranked T20I side in the world and reaching the final four by topping Group 1.

"I wouldn`t say we are strong favourites, because New Zealand have a full-strength squad. We`ve obviously been hampered with a lot of injuries throughout this tournament," said Morgan at the pre-match press conference.

"We`re playing really good cricket. The guys are extremely excited about the challenge against New Zealand and potentially the opportunity that might follow that. But we need to play really good cricket in order to beat them," he added.

Losing Roy removes a key part of England`s top-order, with the opener a regular presence alongside Jos Buttler and a vital part of the attacking-intent policy that characterises England`s approach.

There are multiple options in Jonny Bairstow, Dawid Malan, Liam Livingstone, Moeen Ali, Sam Billings, and James Vince to replace Roy at the top of the order.

ALSO READ: Australia to tour Pakistan for first time in 24 years for limited-overs series in early 2022

"If you look around, the big-name players all want to bat or are batting in the top three in every team. And we`re lucky that we have guys who queue up and want to bat in that top three, which is great because they want to go head-to-head with the big named players in the tournament and big named bowlers of the opposition.

"I think we`re in a very good position because we have a number of guys to choose from. Within the group, we`ve made a decision. I`m not willing to share that, unfortunately. But the balance of the side will still be determined on how the wicket looks and how we match up against the Black Caps," he added.

That decision rests on not just who will bat at the top of England`s lineup in place of Roy, but, if that role is taken by an existing starter, whether Roy`s place will be filled by an additional batter or bowler.

"I suppose replacing him with another bowler would mean that you have 28 genuine overs on the field and a lot of options," Morgan acknowledged.