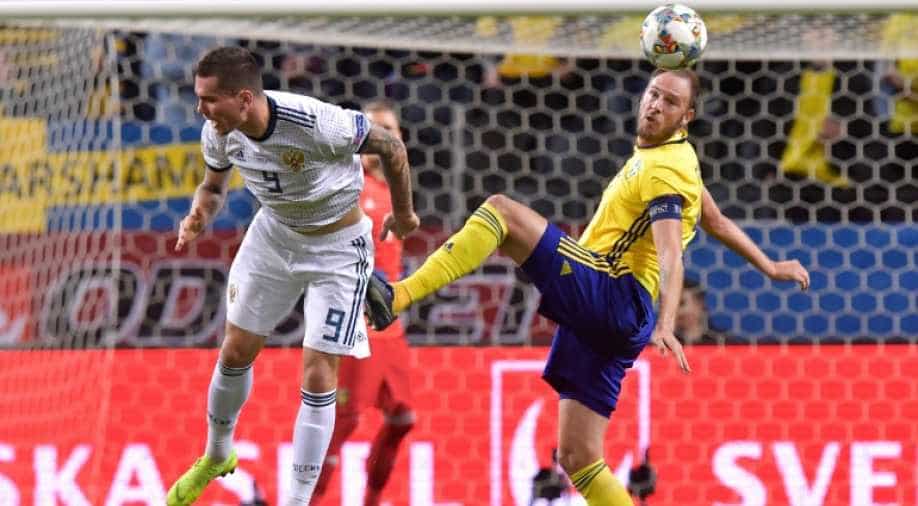 Both teams finished on seven points but a scoreless draw in Russia and Tuesday's win in Stockholm propelled the Swedes into the top tier of the new competition as group winners.

Sweden's Victor Lindelof and Marcus Berg secured a 2-0 win over Russia on Tuesday and promotion from Nations League B Group 2 thanks to a better head-to-head record than the visitors.

Both teams finished on seven points but a scoreless draw in Russia and Tuesday's win in Stockholm propelled the Swedes into the top tier of the new competition as group winners.

Turkey were relegated to League C with three points following their 1-0 loss at home to Sweden on Saturday.

Defender Lindelof, named best player at Sweden's annual football awards last week, rattled home Mikael Lustig's knock-down from a corner to give his side the lead in the 41st minute.

Striker Marcus Berg, heavily criticised for his wasteful finishing during Sweden's remarkable run to the World Cup quarter-finals where they lost to England, extracted a measure of revenge by wrapping up the win with a tap-in in the 72nd.

As this year's World Cup hosts Russia chased the game and made a number of changes in attack, the Swedes lost forward Viktor Claesson to a twisted ankle but the central defensive pairing of Lindelof and Andreas Granqvist held firm.

Sweden goalkeeper Robin Olsen had little to do as the expected Russian onslaught failed to materialise, and Janne Andersson's side closed out the year with a vital win.

The Swedes will be in League A for the next Nations League campaign and have an extra chance to qualify for Euro 2020 via the playoffs if they need it. Russia will remain in League B.