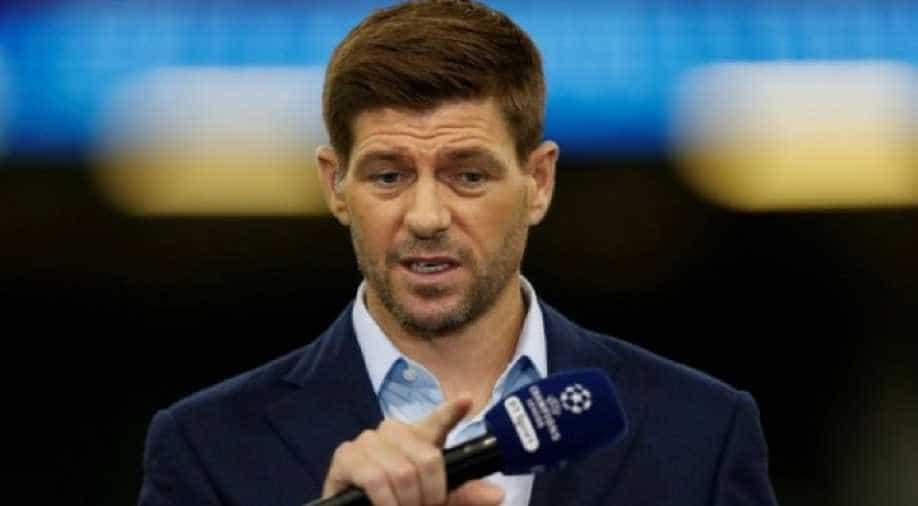 Scottish club Rangers named former Liverpool and England midfielder Steven Gerrard as their manager on a four-year deal on Friday.

The former England captain, who has coached Liverpool's Under-18s after hanging up his boots two years ago, replaces Graeme Murty for his first role in club management.

"I am honoured to become the next manager of Rangers. I have enormous respect for this football club, and its history and tradition," Gerrard, 37, said in a statement on Rangers' website.

"I can't wait to start this new journey at Rangers as we look to build on the many successes that this Club has achieved."

Gerrard made 710 appearances for his boyhood club during 17 years at Anfield. He scored 186 goals for Liverpool, winning two FA Cups, three League Cups and the Champions League. He also won 114 caps for England, with 40 as captain.

"From the very beginning, talks have been extremely positive and we believe that Steven is the right man to drive Rangers forward," Rangers chairman Dave King said.

Reinvigorating Rangers will be a big challenge for Gerrard. The Glasgow club have won a record 54 Scottish league titles but are struggling to recover from the financial problems that saw them reformed in the bottom tier of Scottish football in 2012.

Rangers are third in the Scottish Premiership, 13 points behind their 'Old Firm' rivals Celtic, who beat them 5-0 at the weekend to claim their seventh straight league title.

Murty was sacked on Tuesday in the wake of that embarrassing loss.

Manchester City manager Pep Guardiola welcomed Gerrard's first foray into management. "I admire his courage to do that huge challenge to go to Rangers... I wish him all the best," the Spaniard said.

Tottenham Hotspur boss Mauricio Pochettino said the toughest task facing any new manager is to get the players on board and communicate ideas clearly but the Argentine backed Gerrard to succeed.

"Steven was an amazing, great player and it's sure he has the experience to manage. I wish him all the best because it will be fantastic for football to have him as a manager and one day challenge him."

Gerrard's new role will see him go up against his former Liverpool manager Brendan Rodgers, who is now in charge of Celtic.