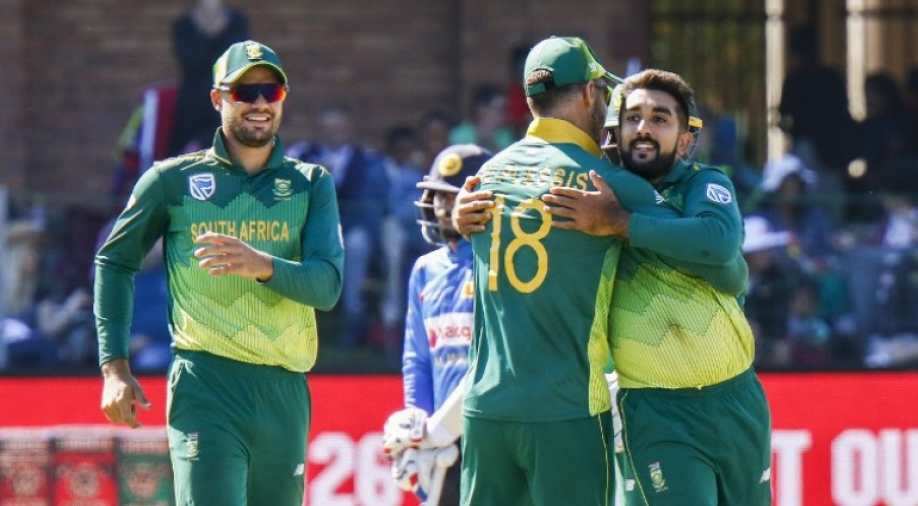 South African captain Faf du Plessis said after the fifth match on Saturday night that he was "98 to 99 per cent" sure who would go to England.

South Africa finished their one-day series against Sri Lanka with a clear idea of both the team and the tactics they will use in the upcoming Cricket World Cup.

Sri Lanka, after their fourth 5-0 series defeat in less than two years, appeared to be in disarray.

South African captain Faf du Plessis said after the fifth match on Saturday night that he was "98 to 99 per cent" sure who would go to England.

He said the "one or two per cent" was to allow for "guys who are really red hot or striking good form".

Sri Lankan captain Lasith Malinga said form in a forthcoming domestic tournament would be important, while he expected experienced players like Angelo Mathews and Dinesh Chandimal – who did not play in South Africa – to be in contention.

Du Plessis indicated that South Africa were pinning their hopes on a potent bowling line-up to win matches, even if meant that the team might have a lengthy tail.

South Africa’s fast bowlers, backed by leg-spinner Imran Tahir, dominated the Sri Lankan batsmen, who were unable to bat out a full 50 overs in any of the matches.

Du Plessis cited the example of Pakistan, who won the 2017 Champions Trophy in England.

"I've been in teams that have had a very long batting line-up and it didn’t prove successful,” said Du Plessis.

"You can learn from your mistakes and you can look at other teams where they have got it right. Pakistan had a very average batting line-up but it didn’t matter to them because they kept bowling teams out.”

Du Plessis said that if the bowlers performed, it would be up to the top six in the batting order to make sure they scored enough runs.

Malinga, who has captained Sri Lanka to nine one-day losses without a win, said at the post-match presentation: “We tried hard in the last five matches but we didn't get enough runs on the board.”

Malinga said his players had fought hard and the bowlers had stuck to their plans without luck.

But evidence of the fight claimed by Malinga was seldom in evidence during the matches.

With coach Chandika Hathurusingha recalled to Sri Lanka ahead of the remaining matches on tour – three Twenty20 internationals – it seemed Sri Lanka had much to sort out before the World Cup starting on May 30.

But the same was said before last month’s Test series in South Africa, which Sri Lanka won against the odds under the captaincy of Dimuth Karunaratne.

Seven of South Africa’s likely World Cup squad will be playing in the Indian Premier League, which starts on Saturday. The fixtures have not been finalised but it is likely the IPL will only finish about two weeks before the start of the World Cup.

Key bowlers Kagiso Rabada, Lungi Ngidi and Tahir, as well as promising fast bowler Anrich Nortje, will be playing in the IPL – as will Du Plessis, Quinton de Kock and David Miller.

Du Plessis said he had no power over IPL decisions, “but if we can get some guys even a week’s break before we join up together that will be great for us. We’ll see if that can be a possibility”.

Du Plessis, Rabada, Ngidi, Tahir and De Kock were all named on Sunday in South Africa’s squad for the first Twenty20 international against Sri Lanka at Newlands on Tuesday but will not play in the last two matches.