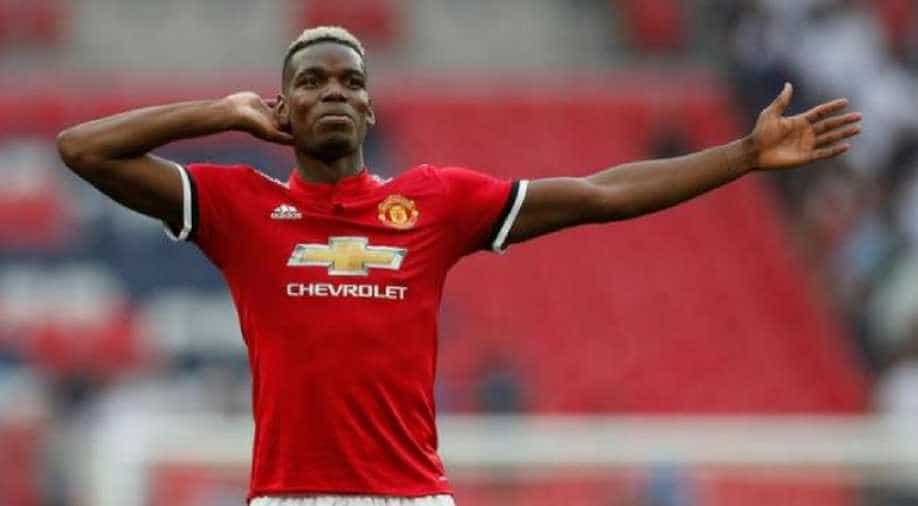 Mino Raiola, Pogba's agent, said on Tuesday that 'everyone knows the willingness of Paul to move on'

Manchester United manager Ole Gunnar Solskjaer on Wednesday dismissed speculation that Paul Pogba is to leave Old Trafford, saying there had been "no bids" for the midfielder and "agents talk all the time".

The 26-year-old World Cup-winner's future has overshadowed United's pre-season tour since they arrived in Perth on Monday, with Real Madrid and Juventus rumoured as possible destinations.

Mino Raiola, Pogba's agent, told UK radio station talkSPORT on Tuesday that "everyone knows the willingness of Paul to move on".

But Solskjaer, who took the reins from Jose Mourinho last December, said it was "business as usual" and warned the club were under no pressure to offload Pogba, or anyone else.

"There are no bids for our players. Agents talk all the time. We are Manchester United, we don't have to sell players," he said at a press conference after training ahead of matches in the Western Australia city against Perth Glory on Saturday and Leed United on Tuesday.

"When you're at Manchester United you expect all these things to pop up in the summer," Solskjaer said.

Footage on social media Tuesday suggested Pogba and teammate Jesse Lingard had clashed on the trip, but Solskjaer said there had been no dust-up and that the Frenchman had been on the end of unfair press treatment.

"With Paul, it looks like it's going to be a media, I don't want to call it, but it's an agenda against Paul," he said.

"Jesse and Paul were walking around and it's been portrayed as a fight between the two boys. There are no problems between the boys. Pre-season has been very good so far," said Solskjaer.

Uncertainty has also surrounded David de Gea's future but Solskjaer said he was optimistic about the goalkeeper remaining at Old Trafford, despite only one year remaining on his contract.

"David has had a summer where he's been negotiating and we hope we're going to get it sorted," Solskjaer said.

"I'm positive, of course with David I've said many times how lucky I am and happy we are to have him in goal," he added.

United have been linked with Southampton's Mario Lemina and Spurs playmaker Christian Eriksen among others, but the United manager remained coy on his transfer targets.

"We are still in the market. We are patient. We don't have to overspend. We want the right players for the right price," he said.

Solskjaer said he expected Alexis Sanchez, who limped out of Chile's Copa America third-place play-off defeat by Argentina on Saturday, to be fit for the start of the Premier League season.

After playing the two matches in Perth, United will travel on for further pre-season games in Singapore and China.