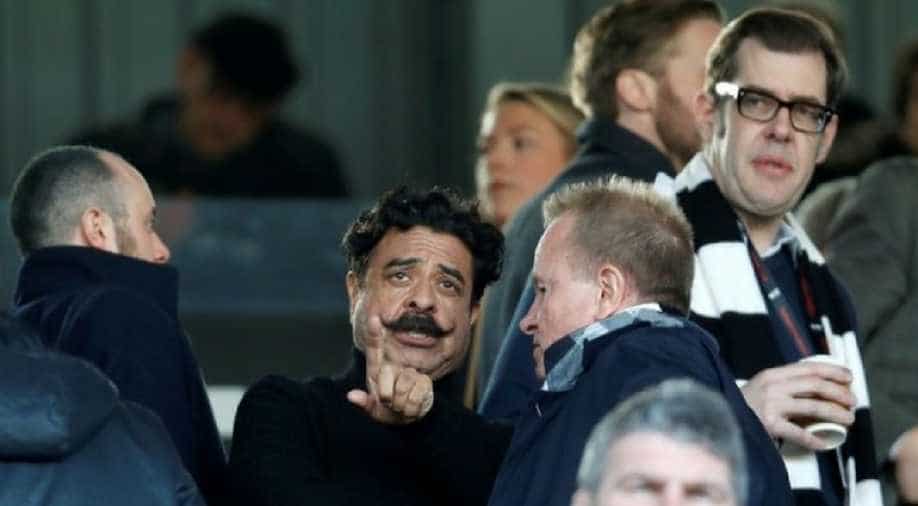 The sale of Wembley would be a boost to England's goal of winning a World Cup, the stadium's potential new owner Shahid Khan has said, adding that the iconic venue would remain the home of English football under the proposed deal.

The US billionaire, who owns the NFL's Jacksonville Jaguars, has made an offer to buy Wembley from the English Football Association (FA) in a deal reported to be worth up to 1 billion pounds ($1.38 billion).

Under the plan, the FA would keep Wembley as the main venue to host national games and cup matches and Khan said the name of the stadium would not change.

"Wembley is the essence, the cradle of English football," Khan told the BBC. "We would very much like for England matches and cup finals to be played at Wembley, that is the DNA.

"(The FA) will have a pool of money of about 600 million pounds that can be invested into the core mission of the FA, which is English football and their ultimate goal of winning a World Cup."

The 90,000-seater stadium was reopened in 2007 after being rebuilt at a cost of 757 million pounds on the site of the original ground where England won the World Cup in 1966.

Khan, who also owns Championship side Fulham, said: "Wembley is a great stadium and you want to get it configured to hold Super Bowl and World Cup finals."

He added that he would look into the possibility of installing a roof and that Chelsea would be "welcome" to use the stadium as their temporary home when they leave Stamford Bridge during its redevelopment, which is expected to begin in 2020.

"Personally, I have not spoken to Chelsea, but the CEO of Fulham has spoken to his counterpart at Chelsea," he said.

"It was never an issue to us. Chelsea has been a great club and those relationships go back a long time."