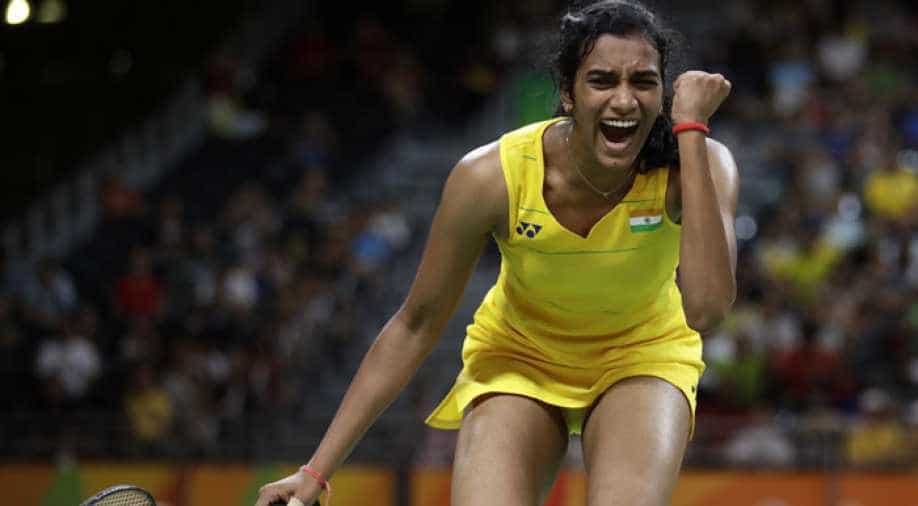 The Olympic silver medallist will face 2013 World champion Ratchanok Inthanon of Thailand in the semifinals.

Sindhu dished out an attacking game to walk away with the opening game without much ado but Corrales came back in the second to lead 19-11.

Sindhu, however, reeled off seven points to draw parity at 18-18 but a lucky net chord kept the Spaniard alive in the match.

Back to the winning side of the court, Sindhu once again showed class as she zoomed to a 11-6 advantage at the lemon break. Corrales tried to make a comeback but the Indian ensured there are no hiccups as she used her disguised returns to bamboozle the Spaniard.

A jump smash gave Sindhu 10 match points. Corrales won a long rally before she hit long to hand over the match to Sindhu.

However, it turned out to be a disappointing day for Parupalli Kashyap and B Sai Praneeth as they suffered straight game defeats to their respective opponents to bow out of the tournament.

"I was struggling to continue the long rallies. May be I was tired after the last match. I had a chance in the second game but somehow I was not able to read, come forward and kill the rallies. Some part of my defence I am not happy with. I perhaps should have prepared better," Kashyap said.

Praneeth was 6-11 behind at the break and though he levelled par at 14-14, Chen quickly changed gears to pocket the first game.

Nothing changed in the second game as the Indian trailed 4-9 before making it 10-11 at the interval. But Chen stepped up and walked away with the match.

"He was hitting rally hard. It was long rallies and suddenly he was changing the pace and hitting hard. I was rushing but I should have been more patient on court," Praneeth said.