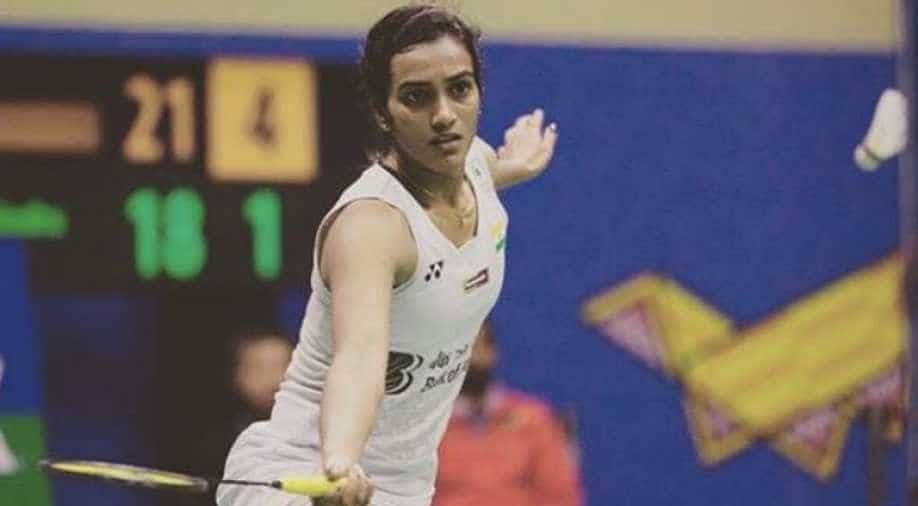 World No. 3 Sindhu beat Chen, ranked eighth, in a 58-minute contest at the Sheikh Hamdan Indoor Stadium. Photograph:( Others )

Olympic silver-medallist PV Sindhu today entered the title round of the women's singles in the USD one million Dubai Super Series Final after beating Chen Yufei of China in the semifinals here. World No 3 Sindhu beat Chen, ranked eighth, 21-15 21-18 in a 58-minute contest at the Sheikh Hamdan Indoor Stadium here.

The Indian will now meet world number two and top seed Akane Yamaguchi of Japan in the summit clash of the high- profile season-ending tournament tomorrow. Yamaguchi had beaten Ratchanok of Intanon of Thailand 17 -21 21-12 21-19 in the first semifinals earlier in the day.

Sindhu had entered the semifinals with an unbeaten record, having got the better of all her three opponents in Group A. She has been in fine form this season, having clinched two Super Series titles before winning a silver at the World Championship.