Simeone will not change gameplan for Barca showdown 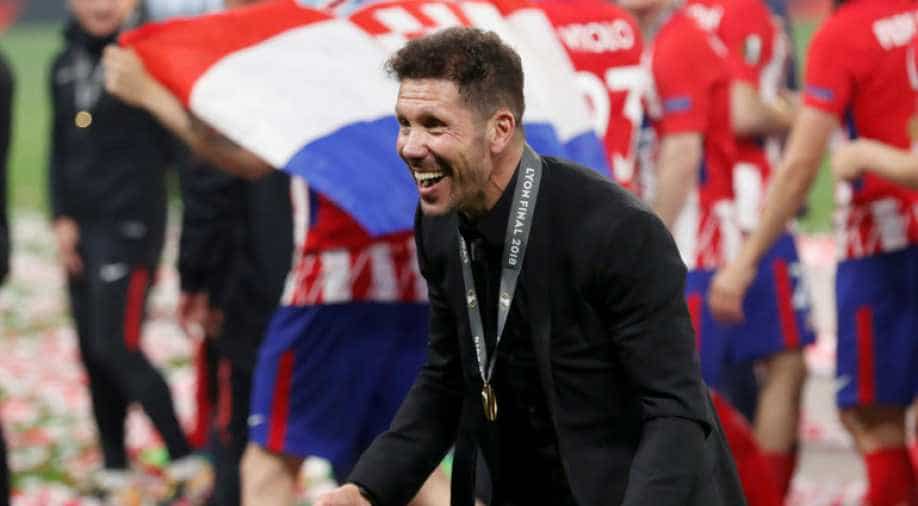 Simeone, however, insisted he would not change his usual set-up for a more attacking one.

The Argentine`s league leaders visit the Camp Nou two points ahead of the Catalans and a win would all but rule Barca out of the title running with three games remaining.

Real Madrid, who take on fourth-placed Sevilla on Sunday, also sit two points behind Atletico and could be the main beneficiaries if the meeting ends in a stalemate.

Simeone, however, insisted he would not change his usual set-up for a more attacking one.

"We`re playing with a really clear idea this season as you can see," he told a news conference on Friday.

"Sometimes it`s gone really well and sometimes it hasn`t. We don`t change a lot. We`ll try and play using the good points of how we`ve been playing up to now.

"They (Barca) are a side who have won a lot of points on the spin, they play good football and have done a great job in recovering from a slow first half of the season.

"We`ll look to take the game in the direction we want it to go in and play our own game."

Simeone has a fully fit squad, with defenders Jose Maria Gimenez and Renan Lodi returning to full training on Friday.

The Argentine has never won as a coach at the Camp Nou, however he did secure a maiden La Liga victory against Barca earlier this season when the sides met in Madrid.

The same result on Saturday could help to secure a first title for the Rojiblancos since 2014.