Sharapova wins first title since return from doping ban, has to fight for it 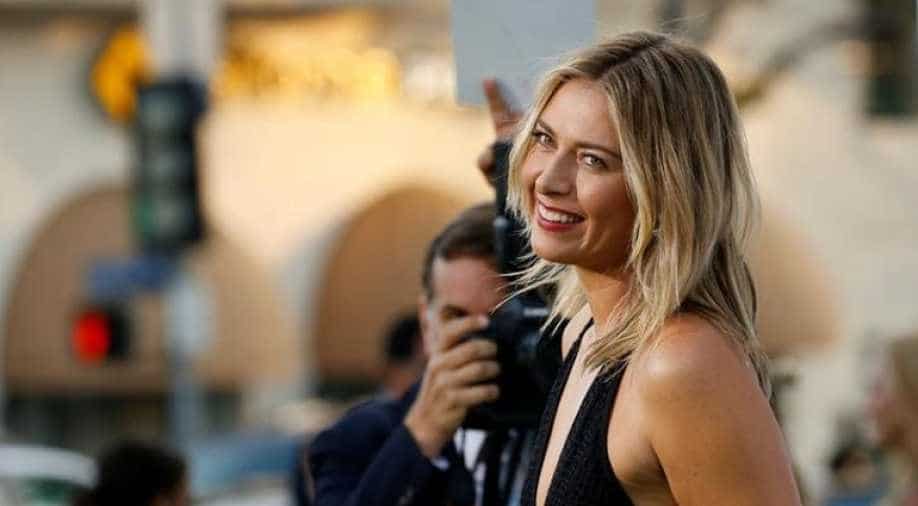 Five-time Grand Slam winner Maria Sharapova was made to fight by the 102nd-ranked teenager Aryna Sabalenka at the Tianjin Open on Sunday before winning her first title since her 15-month doping ban.

The former world number one, who returned to action in April, came from behind in both sets and needed four championship points in the tie-breaker before beating the 19-year-old 7-5, 7-6 (10/8).

Sharapova clasped her hands to her chest in delight as she absorbed the feeling of winning her 36th tour title and first in more than two years since the 2015 Italian Open.

Sharapova, 30, was contesting the seventh tournament of what has been an injury-plagued and controversial comeback since testing positive for the banned substance meldonium in early 2016.

She exchanged 11 breaks of serve with the Belarusian, who has yet to win a WTA trophy, before finally clinching it in the tie-breaker when the teenager put a forehand return long.

In a tight final of high-decibel shrieking, Sabalenka was broken in the opening game but any expectations that she would roll over quickly dissolved when she won four games in a row to go 4-1 up.

Sharapova's coach Sven Groeneveld urged her to use the body serve, and momentum immediately shifted as she held the next game and then edged a nine-minute game seven to wrestle it back on serve.

Sabalenka angrily slammed her racquet down as she double-faulted to be broken for a third time and with Sharapova serving at 6-5, the Belarusian overcooked a forehand to hand over the set.

The second set followed a similar pattern and Sabalenka was 5-1 up before Sharapova reeled her in, breaking three times -- and saving a set point along the way -- before serving for the match at 6-5.

But a double fault from the Russian took it to a closely contested tie-break, where Sharapova held championship points four times before finally sealing it after two hours and five minutes.

Sharapova, whose ranking has dropped to 86, has been playing on wildcards this season. Her return has proved divisive, with some rivals insisting she shouldn't be back on tour at all.

She now heads to next week's Kremlin Cup in Moscow for the first time since 2007, after also being given a wildcard to play in what is her home tournament.