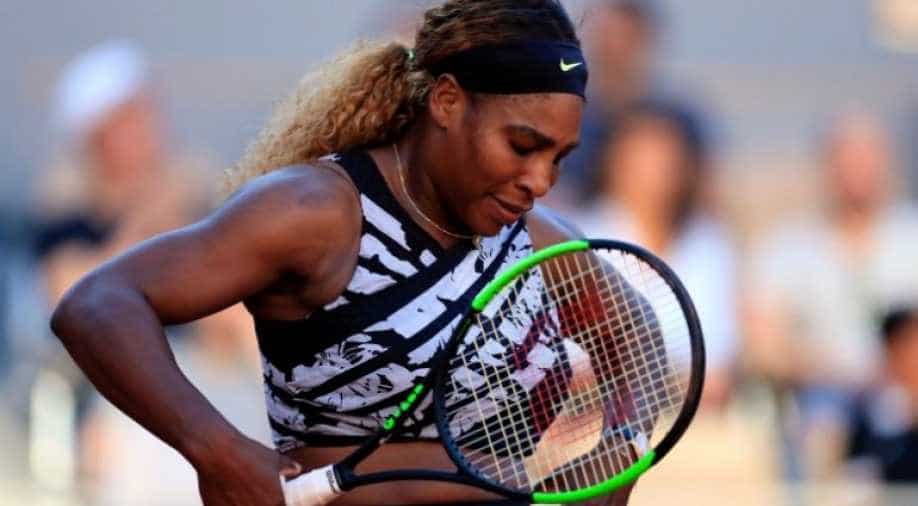 Serena Williams reacts during her third round match against Sofia Kenin. Photograph:(Reuters)
Follow Us

Serena Williams's quest for a record-equalling 24th Grand Slam singles title was put on hold on Saturday after the former world number one was knocked out of the French Open in the third round following a 6-2 7-5 defeat by fellow American Sofia Kenin.

Chasing Margaret Smith Court's all-time record, which was built over the amateur and professional eras, Williams failed to recover from a woeful opening set on Court Philippe Chatrier.

In the players' first meeting, world number 35 Kenin pulled Williams around the court and made the most of her opponent's unforced errors to set up a last-16 encounter with Australian eighth seed Ashleigh Barty.

Williams won the last of her 23 major singles titles at the 2017 Australian Open.