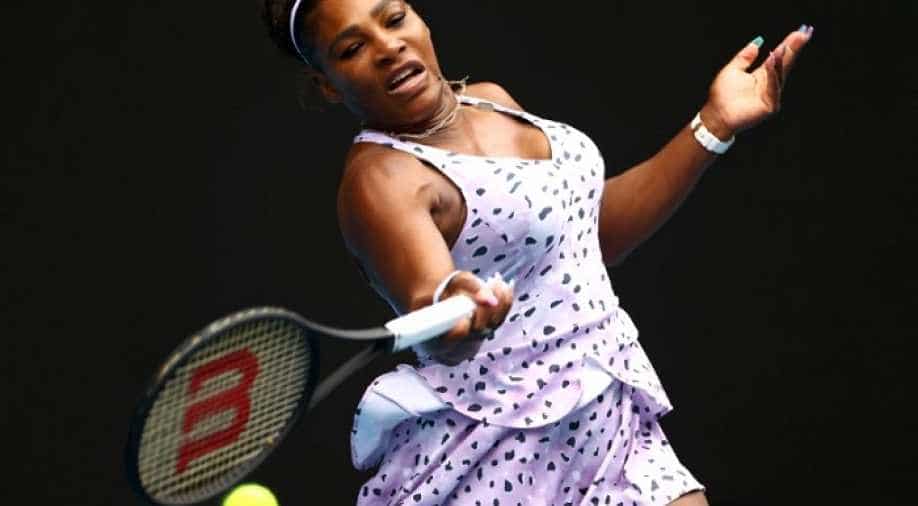 Serena Williams of the US in action during the match against Russia's Anastasia Potapova.  Photograph:( Reuters )

The American great said she would have to manage her shoulder through the Australian Open but was feeling "pretty good".

Serena Williams is "super confident" her injured shoulder will hold up for the Australian Open and says she feels more relaxed about the "burden" of bidding for a record-equalling 24th Grand Slam title.

Williams, a seven-times champion at Melbourne Park, pulled out of the warmup Yarra Valley Classic on Friday, robbing the tournament of a marquee semi-final with world number one and home hero Ash Barty.

The American great said she would have to manage her shoulder through the Australian Open but was feeling "pretty good".

"I`ve gotten a lot of treatment already on my shoulder," Williams told reporters at Melbourne Park on Saturday.

"But I`m super confident it`s going to be great. I`m feeling very confident, I think is a better word, and getting ready for hopefully the next two weeks."

Williams, who opens her tournament against unseeded German Laura Siegemund, won the last of her 23 Grand Slam titles four years ago at Melbourne Park when in the early stages of pregnancy.

"It`s definitely on my shoulders and on my mind," she said of the record.

"I think it`s good to be on my mind. I think it`s a different burden, I should say, on my shoulders because I`m used to it now. It`s more relaxing I would like to say, yeah."

Williams has beaten 51st-ranked Siegemund in both their previous matches, including the quarter-finals of last year`s Auckland Classic in the leadup to the 2020 Australian Open.

"She has a different game," said Williams.

"She mixes up the pace a lot. It will be a really good match for me to get in there early and play my best."