Schalke out to add to Dortmund's recent derby misery 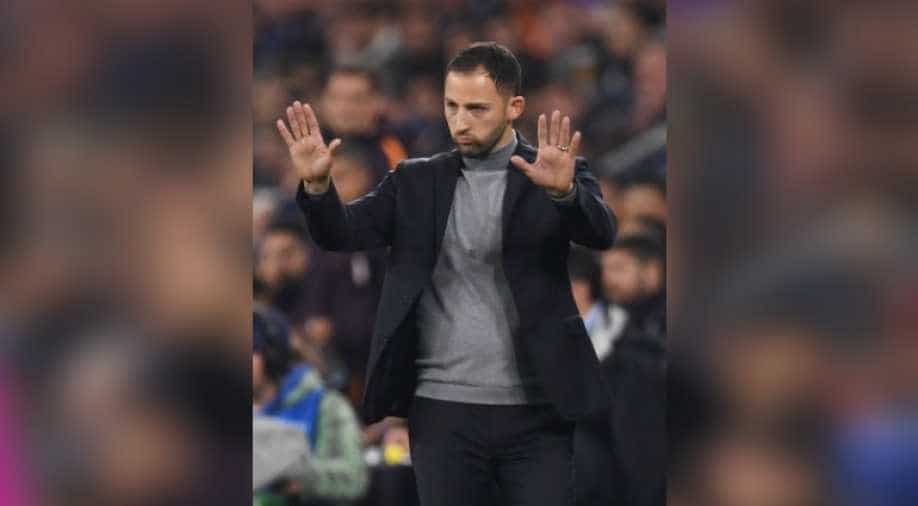 This is the first time in six years Dortmund go into the derby top of the table.

The manager and CEO of Schalke 04 said that his club can be the first team to defeat Bundesliga leaders Borussia Dortmund when they play their arch rivals in Germany's Ruhr derby on Saturday.

While speaking to the media, Domenico Tedesco said, "I think in our team we have 85 per cent of the players who have experienced the derby. But basically both teams have changed, we have changed and Dortmund have changed."

"I think the biggest lynchpin at BVB is Marco Reus, when he's on his game then Dortmund are on a different level. He was there in our home game (last season) but after a long injury and now he's back on his game and I think for Dortmund he's an important player."

This is the first time in six years Dortmund go into the derby top of the table, but they last won at the Veltins Arena half a decade ago.

🗣️ Wise words from the coach ahead of the #Revierderby ⚔️

A difference of 19 points and 12 places in the table separates the clubs, who are only 33kms (20miles) apart, but Schalke are itching to get one over their high-flying neighbours and bitter rivals.

Last season's match in Dortmund was particularly memorable with the home team leading 4-0 after 25 minutes, only for Schalke to come back in the second half with Naldo scoring a dramatic equaliser in injury time to draw 4-4.

Dortmund haven't won in Gelsenkirchen since 2013 and Schalke have the advantage in their all-time head-to-head record, winning 69 of the games, compared to 59 for Dortmund.