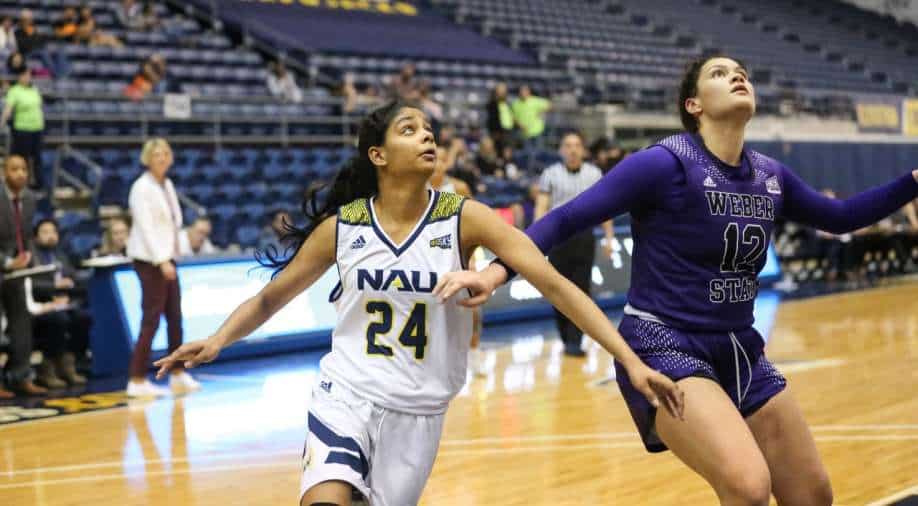 Sanjana Ramesh has set ‘detailed goals’ for the upcoming NCAA season Photograph:( Others )

Representing the Northern Arizona University in the Big Sky conference, Sanjana is clear about where she sees herself this season. “I know I shouldn’t keep my expectations too high, but I do want to play at least 10 minutes each game. I want to be the leading shot-blocker in our conference and get at least six rebounds (each game), I have some very detailed goals for the season,” said the 19-year-old with confidence.

With the pandemic threat still looming large, Sanjana is wary of a curtailed season and is preparing to deal with the circumstances. “If anyone in the team tests positive for Covid-19, then we will have a 14-day shutdown with no practice, no play, nothing. Though we are all hoping to play all the 25 games this season, we need to be prepared for such a scenario,” Sanjana said.

While she wishes the season goes unaffected, the pandemic brought about changes in her daily routine, much like anyone else. “I feel like my whole life has been turned upside down. Playing with masks on is the strangest thing I have had to do. We are getting tested thrice a week, and there is no chance of hanging out with friends or playing pick-up games,” explained Sanjana.

However, she is happy to forgo the luxury of stepping out with friends to unwind and live in isolation if it gives her an entire season to play in. “I certainly don’t want to encounter a situation where I test positive. You don’t want to take that risk so it’s best to stay in isolation and have a very good chance of playing a lot this year,” Sanjana admitted.

In May 2018, Sanjana became the second Indian-born female player to receive a Division I basketball scholarship after committing to the Northern Arizona University. The Bengaluru-girl was thankful for the exposure she got through the NBA Academy Women’s Program camp.

“Playing in Bengaluru all my life, my first thoughts when I got selected was that it is a big opportunity. I wanted to understand who all are coming, what kind of players they are. It was like a recruitment project, a whole new world for me, a complete eye-opener,” said Sanjana, who won the MVP at the first-ever NBA Academy Women’s Program camp and the Basketball Without Borders Asia Camp in 2018 held at the NBA Academy India.

Sanjana was also supportive in her university’s efforts to create awareness of the ongoing social justice movement in the U.S. “We marched during the Election Day wearing Black Lives Matter T-shirts and were actively reaching out to the community through social media. I think we made a lot of efforts to get people heard,” said Sanjana.

The Northern Arizona University (NAU) will take on University of Nevada Las Vegas Athletics in their first game of the 2020-21 NCAA season on November 25th.