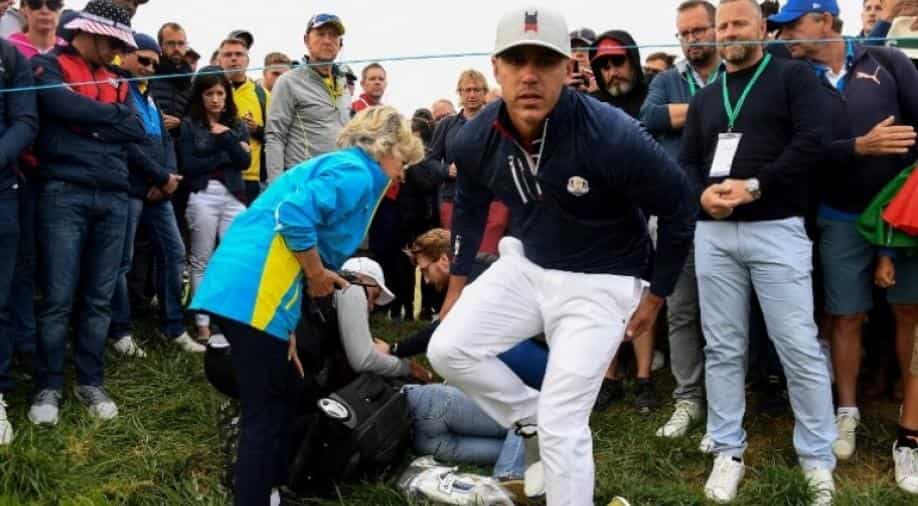 US golfer Brooks Koepka (R) reacts next to an injured spectator who fell during the fourball match on the first day of the 42nd Ryder Cup. Photograph:( AFP )

A spectator hit by a tee shot played by US golfer Brooks Koepka during the Ryder Cup has lost sight in her right eye, AFP reported.

The woman was stuck when the American's drive veered wide of the fairway on the sixth hole on Friday, the opening day of the event which Europe went on to win. AFP named her as Corine Remande.

"Doctor's told me I had lost the use of that eye," She told the French news agency, adding she hadn't felt any pain at the time she was hit.

A Reuters reporter had witnessed Remande being tended to by medics, with a heavily bandaged eye. Koepka had stopped to see how she was.

A spokesman for the European Tour, a co-organiser of the Ryder Cup event outside Paris, did not immediately respond to a request for comment.