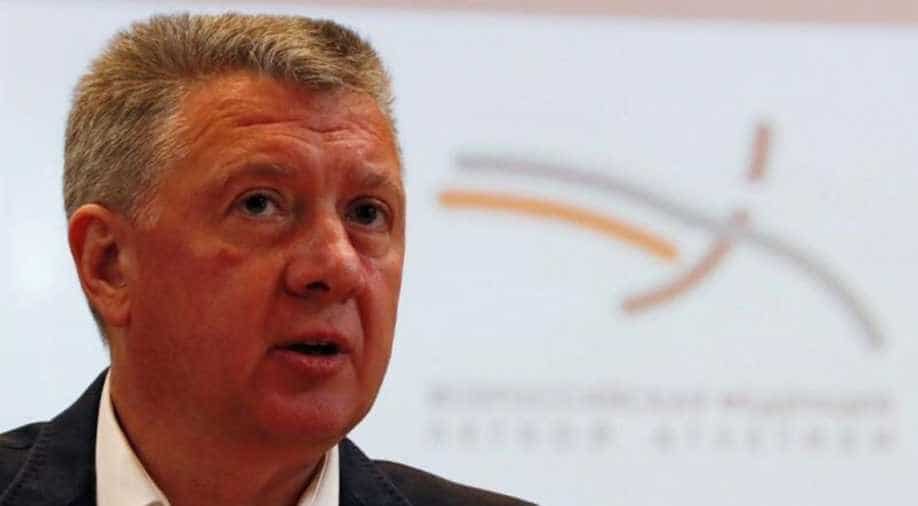 The Athletics Integrity Unit (AIU) on Thursday charged the Russian athletics federation (RUSAF) with "serious breaches" of anti-doping rules, including obstructing an investigation.

The charges relate to the conduct of senior RUSAF officials during an investigation into "whereabouts" violations committed by Russian high-jumper Danil Lysenko.

RUSAF president Dmitry Shlyakhtin and executive director Alexander Parkin, the athlete and his coach have been provisionally suspended.

British newspaper The Sunday Times ran a story in September alleging that RUSAF officials had fabricated documents to show that Lysenko, the 2017 world silver medallist, was too ill to provide his whereabouts after failing to make himself available for out-of-competition drug testing.

A 15-month AIU investigation concluded that RUSAF officials had been involved in the "provision of false explanations and forged documents to the AIU in order to explain whereabouts failures by the athlete".

RUSAF spokesperson Natalia Ioukhareva told TASS news agency the suspension was a temporary one and that lawyers were examining the charges.

"We only received the documents today (Thursday). Our lawyers are studying the circumstances of the matter and the charges that have been brought. The ban is provisional, the inquiry is ongoing and the details are confidential," Ioukhareva said.

The 22-year-old Lysenko, who also won gold at the 2018 World Indoor Athletics Championships, had been authorised as a neutral athlete to compete in the international competition following the suspension of RUSAF.

Any combination of three missed tests or filing failures within a 12-month period is considered a violation of anti-doping rules.

Notice of charge was issued against Lysenko and provisional suspension imposed on August 3, 2018.

Following that charge, Lysenko said he had never tried to avoid a test.

"I have been negligent concerning my whereabouts on the ADAMS system," he told French sports daily L'Equipe at the time.

"I have always submitted to tests in or out of competition and have never refused to pass a test, nor have I ever hidden from a test."

"My career is not over, I'll keep training and hope for a just decision," he said.

The AIU notified Lysenko of his third whereabouts failure on June 25, 2018.