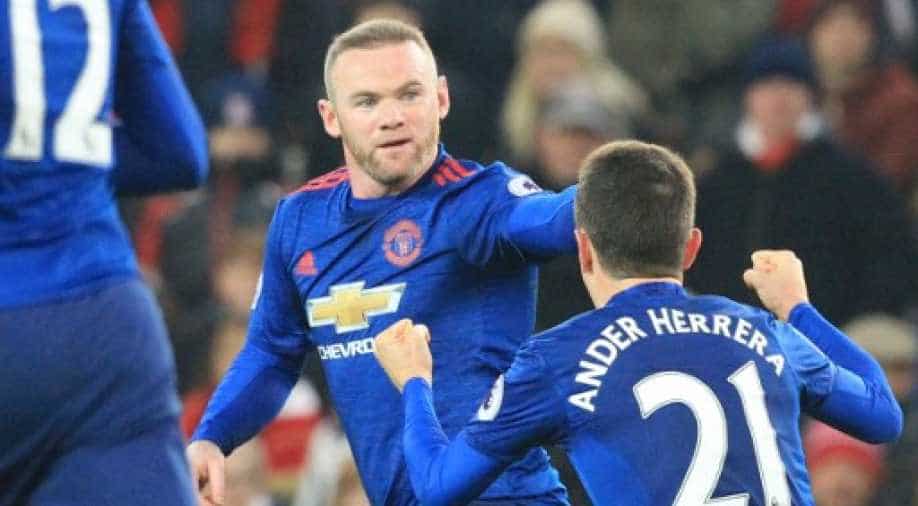 Wayne Rooney became Manchester United's record scorer when he netted his 250th goal for the English giants in a 1-1 draw away to Stoke City in the Premier League on Saturday.

The 31-year-old forward, making his 546th United appearance, surpassed 1966 World Cup-winner Charlton's record in style when he bent a free-kick past Stoke goalkeeper Lee Grant into the top corner of the net at the Britannia Stadium.

His latest United goal came a fortnight after Rooney, who succeeded Charlton as England's record goal-scorer in 2015, equalled the former midfielder's United mark during an FA Cup tie against second-tier Reading