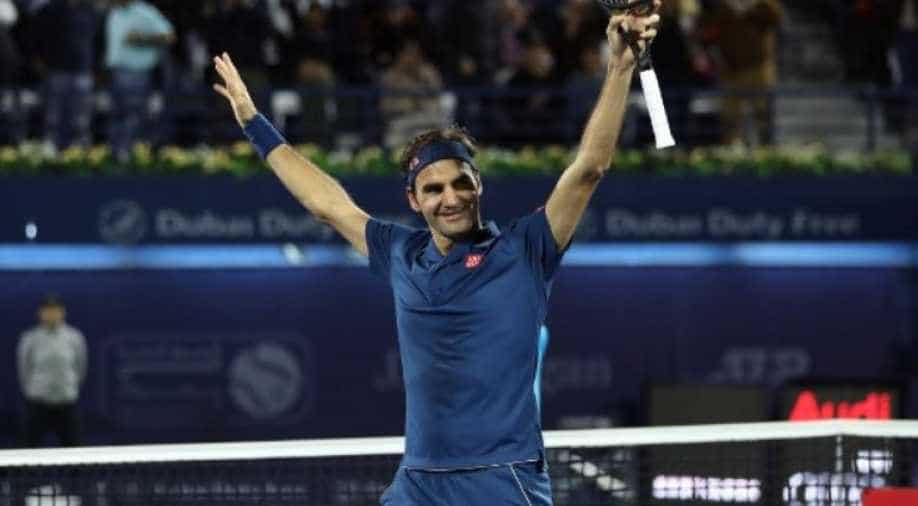 Roger Federer defeated Greece's Stefanos Tsitsipas 6-4, 6-4 in the final of the Dubai Championships to win his 100th career title.

The Swiss star is the second man to achieve the feat after America's Jimmy Connors who ended his career with 109 titles.

After winning the title, Federer hailed his "wonderful journey".

He said, "I'm so happy I'm still playing. It's been a long wonderful journey,"

"It's so special to win my eighth here combined with 100," Federer said. "I had tough opponents all the way through -- right up to Stefanos today.

"He's already having a great career, the game is in good hands."

💯 titles for the 🐐 @rogerfederer pic.twitter.com/3t3y5JO59N

Tsitsipas, who will become the first Greek to ever reach the world's top 10 on Monday, paid tribute to his opponent.

"I've been idolizing him since the age of 6... And now sharing the court, it's even better," the 20-year-old said.

Earlier he had said, "Reaching 100 titles -- we're still far from it. I'm just going to try to focus and play good tennis."