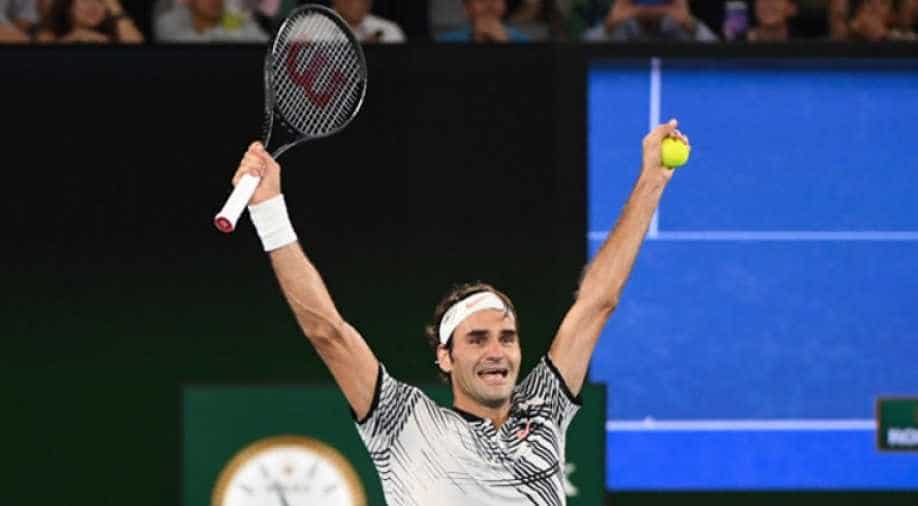 Roger Federer celebrates his victory against Rafael Nadal during the men's singles final in Melbourne on January 29. Photograph:( AFP )

Roger Federer shrugged off a decade of grand slam heartbreak against Rafa Nadal, felling his great rival 6-4 3-6 6-1 3-6 6-3 in a classic Australian Open final to capture his 18th major title.

Roared on by a partisan Rod Laver Arena crowd, Federer roared back from 3-1 down in the nerve-shredding final set before closing it out on the second championship point with a forehand winner to seal his fifth crown at Melbourne Park.

Seeded 17th and playing his first tour tournament after six months out of the game, Federer capped his brilliant comeback from injury with his first grand slam title since Wimbledon in 2012.

The win made Federer the first player ever to win five titles at three different grand slams and at 35, the oldest grand slam winner since Ken Rosewall won the 1972 Australian Open at 37.