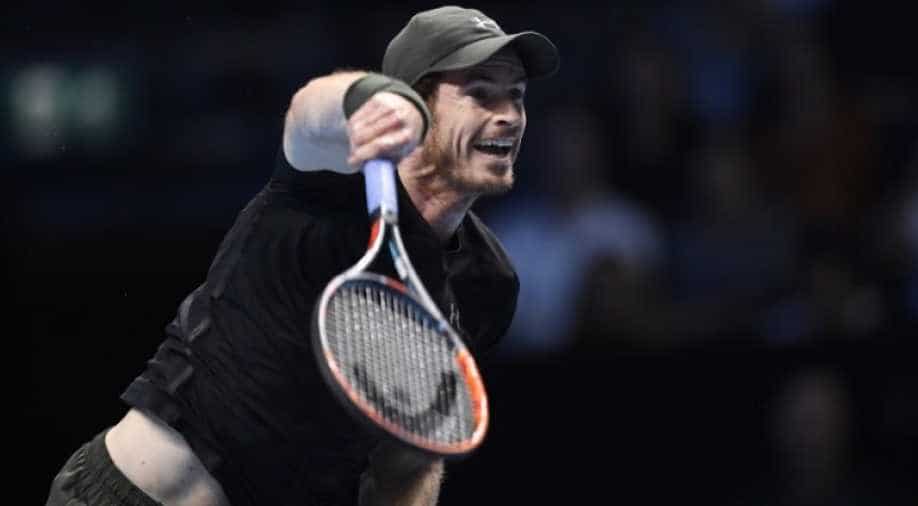 Murray had lost his most recent meeting with Cilic, the Cincinnati Masters final in August, and on Wednesday he will face Japan's Kei Nishikori who stopped him in the US Open quarter-finals. Photograph:( Reuters )

If Andy Murray was grateful to Marin Cilic for facilitating his rise to the summit this month it was not evident as he added the Croatian to his lengthening list of victims at the ATP World Tour Finals on Monday.

It was Cilic's defeat of Novak Djokovic at the Paris Masters that opened the door for Murray to seize the number one ranking he had spent his whole career pursuing.

Murray repaid the favour with a 6-3, 6-2 win, his 20th in succession, although it was far from a drubbing as Cilic tried his utmost to ruin Scot's homecoming.

Four more performances like that at the O2 Arena this week should guarantee the 29-year-old will end 2016 leading the pack.

Murray had lost his most recent meeting with Cilic, the Cincinnati Masters final in August, and on Wednesday he will face Japan's Kei Nishikori who stopped him in the US Open quarter-finals, Murray's last Tour level defeat.

Nishikori had earlier beaten Swiss Stan Wawrinka 6-2 6-3 in the John McEnroe group, although that match was as one-sided as the scoreline suggested with Wawrinka badly off key.

Murray has been handed a tougher-looking group than Novak Djokovic, the man he deposed and who could still snatch back the top ranking, but he cleared the first hurdle in style in front of a near full house who welcomed him home like a returning hero.

"After a long kind of few months, it's nice to know that I'm going to be finishing the year playing in that sort of atmosphere. It helps you get up for the matches a bit more."

Murray served four double faults in the early stages and came under a fierce assault by Cilic.

But in his first match since officially taking over at the top, he showed all the attributes that have made him all but unbeatable since his French Open final loss to Djokovic.

Even when Cilic cancelled out an early break Murray responded immediately to move 3-1 ahead.

He conjured an ace to stave off a break point in the next game and eventually took a high-quality opener in 45 minutes.

Cilic had chances again at the start of the second set but it was Murray who struck in the fifth game with a blistering forehand winner. Murray then put the hammer down.

"A little bit unfortunate to go 6-3, 6-2, it felt it was much, much closer in the first set, beginning of the second," Cilic, who will play Wawrinka on Wednesday, told reporters.

Wawrinka will have to improve considerably.

The US Open champion sprayed more than 30 unforced errors against Nishikori in a disappointingly one-sided clash.

Wawrinka tried to pump himself up at the start of the second set, delivering a couple of signature backhands, but he looked a shadow of the player who claimed a third grand slam title by beating Djokovic in New York in September.

"I thought I could play at a better level today. I was expecting a good match. Didn't happen today," Wawrinka said.