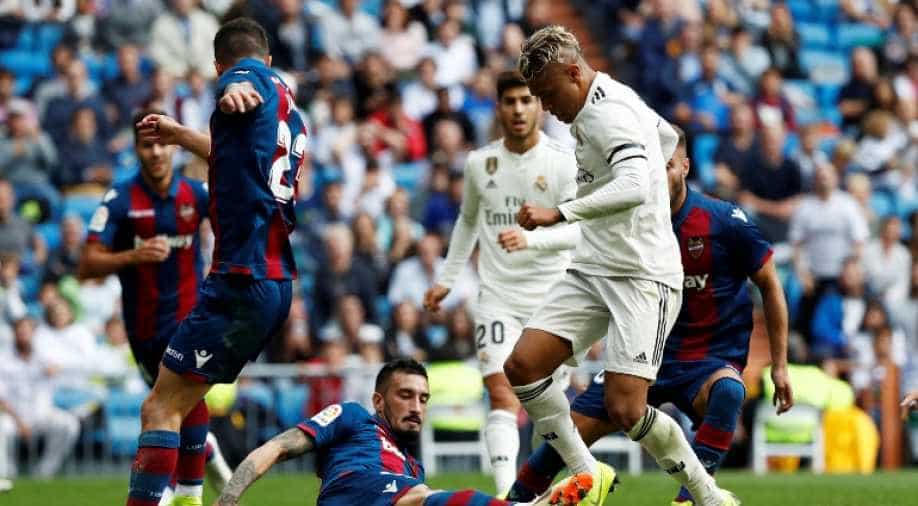 Madrid have now gone five games without a victory.

More pressure has been mounted on Real Madrid boss Julen Lopetegui as Madrid lost 1-2 to Levante on Saturday and also hit a new low under the new coach as they set an unwelcome club record of 465 minutes without scoring during their La Liga game.

The defeat means Madrid have now gone five games without a victory as Jose Luis Morales and Roger Marti's penalty put Levante two up, before Marcelo pulled one back in the second half.

Real's last goal in any competition came in a 1-0 win against Espanyol on September 22 and they have failed to score in their following games with Sevilla, Atletico Madrid, CSKA Moscow and Alaves.

The M&M strikeforce are running riot! 🐸