Rafael Nadal's plan for 2019 revolves around quality, not quantity 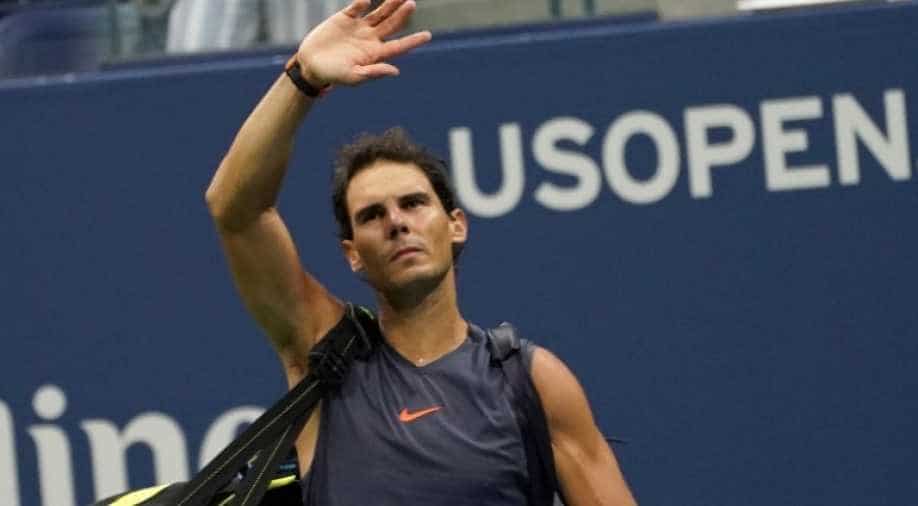 The No. 2-ranked Nadal, in Brisbane preparing to play his first competitive match since retiring from the U.S. Open semifinals last September, found some positives out of an injury-interrupted season that he wants to apply to this year.

Rafael Nadal wants to make a little go a long way in 2019. The No. 2-ranked Nadal, in Brisbane preparing to play his first competitive match since retiring from the U.S. Open semifinals last September, found some positives out of an injury-interrupted season that he wants to apply to this year.

That doesn't mean he wants to play every week. It just means he's going to be a lot more selective. Based on results in 2018 he entered nine tournaments, retired from two but still won five titles and had a 45-4 win-loss record the 32-year-old Spaniard has an outstanding success rate when he's fit.

So regaining the No. 1 ranking is far less of a priority than adding to his 17 major titles.

"But my main goal is to stay healthy, stay happy and try to play as long as possible."

Nadal is scheduled to play Jo-Wilfried Tsonga in the second round in Brisbane on Thursday. He said he plans to be "on court with a positive feeling," but only if he's feeling fit. The Australian Open starts Jan. 14.

"After the surgeries, I don't want to step back. I want to move forward," he said.

"After all I suffered last year in terms of injuries, I don't want to do mistakes in terms of playing without being 100 per cent."

A right knee injury forced Nadal to retire from his U.S. Open semifinal, and he had ankle surgery at the start of November. He also missed big chunks of previous seasons because of injuries but doesn't think his body is letting him down.

"I really believe that I keep having tennis to play in my career, and I really feel that my body is not going worse every year," he said.

He said injuries, "just sometimes happen." But he is also clear that he does not want to suffer the way he did last season.

"That mentally kills you," he said.

Consequently, he'll keep his physical condition in mind more than he has before. And 2018 will be his benchmark.

"I won five events out of nine that I played," he said.

"It was a great level of tennis every time that I was on court. So that's great news. I enjoyed it a lot. I achieved things that were amazing for me. So, yeah, tough year in terms of injuries. (But) in terms of tennis level, enjoying every time I had the chance to be on court, it was a great year."