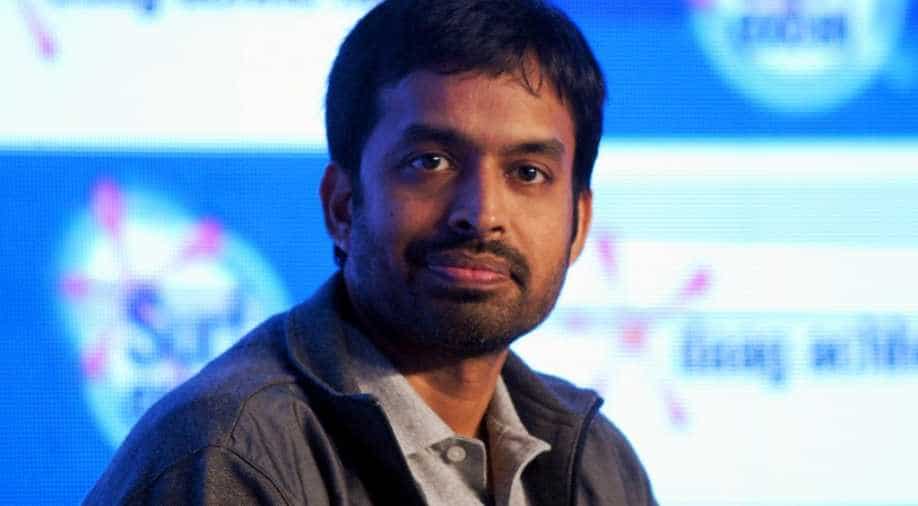 The Chief National Coach of Indian badminton team, Pullela Gopichand has been stamped quarantine for next 14 days by the Telangana authorities after the former badminton player rushed to Guntur, Andhra Pradesh from Hyderabad, Telangana to see his ailing grandmother on Monday.

The Chief National Coach of Indian badminton team, Pullela Gopichand has been stamped quarantine for next 14 days by the Telangana authorities after the former badminton player rushed to Guntur, Andhra Pradesh from Hyderabad, Telangana to see his ailing grandmother on Monday.

Speaking to Zee Media, Gopichand disclosed that he had rushed to Guntur from Hyderabad to see his grandmother, who is not keeping up well. However, while he was returning, he was marked quarantine by the Telangana authorities.

The recipient of Padma Bhushan also clarified that he does not have any symptoms and the quarantine stamp is part of the norms. Gopichand further stated that he will abide by the quarantine rules and stay at home.

ALSO READ: Exclusive: 'Might be a good idea to look at quarantine facility for Olympic hopefuls' - Pullela Gopichand opens up on postponed Games and more

Meanwhile, with sporting action coming to a halt amid the COVID-19 pandemic and almost all the tournaments and events getting either postponed or cancelled, Gopichand had suggested building a quarantine facility for Olympic hopefuls ahead of Tokyo Games which was pushed back to 2021 in the wake of the pandemic.

“It might even be a good idea to look at a quarantine facility for Olympic hopefuls from all sports. For example, since inter-city travel is not possible, athletes from the same city can stay at a facility which allows them to train for the upcoming events. We might also have to plan for domestic leagues and tournaments because restrictions in India could be lifted before those of other countries.  Since global tournaments would not be taking place, there will be a need to replace those with quality domestic competitions to make up for the loss of international exposure,” Gopichand had told WION in an exclusive interview.

“We are going through an unprecedented crisis, so adjustments need to be made. For example, I had never used a mobile phone application for training, but we are forced to do that now and that has become the norm. So we are looking at different ways to help the players enhance their skills during this lockdown. Adaptability is the key, we have to make quick decisions and think out of the box,” he had added.