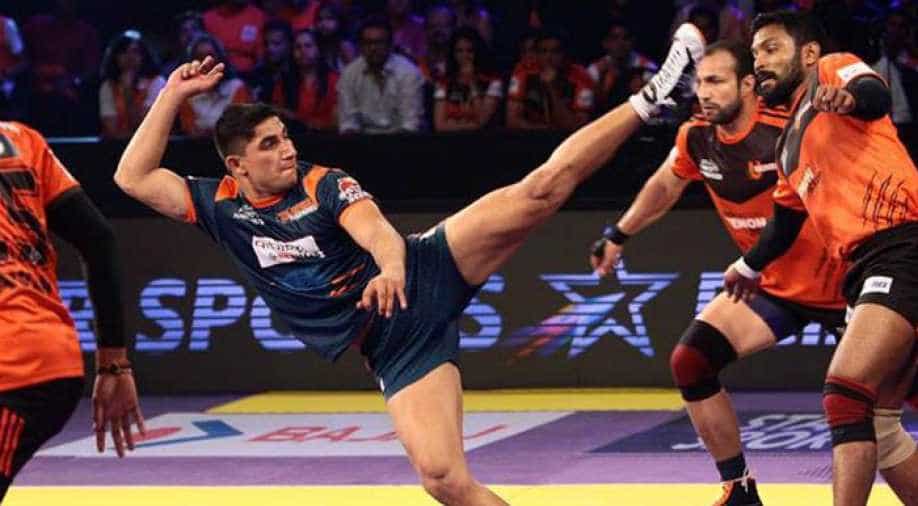 Tomar was a part of the Puneri Paltan in the last season. (Image source: @ProKabaddi) Photograph:( Twitter )

Nitin Tomar on Monday scripted history as he went for a whopping Rs 93 lakhs at the Season Five auctions of the Pro Kabaddi League.

The 22-year-old raider, who had been part of Puneri Paltan in the previous edition, was bought by Team Uttar Pradesh.

Rohit Kumar was next in the list of the most expensive Indian players as he was picked up by Bengaluru Bulls for Rs 81 lakh, followed by star all-rounder Manjeet Chillar who was bought by Jaipur Pink Panthers for a Rs. 75.50 lakh,

Among other all-rounders in the domestic Category A of elite players, Rajesh Narwal was bought by Team Uttar Pradesh for Rs 69 lakh.

Among the foreign players, only 11 of the 60 in the fray were bid for, most of them being, not surprisingly, Iranians, five of whom were picked up.

The auctions would continue on Tuesday, when Category B and C players, along with those who went into the reserve list, would be up for auction.