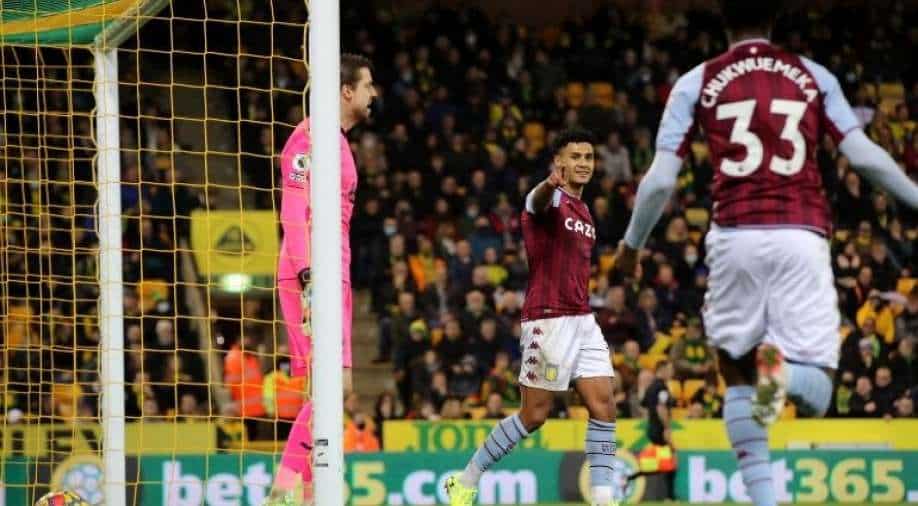 The result lifted Aston Villa to ninth place in the standings on 22 points from 17 games while Norwich stayed rooted to the bottom on 10 points.

Smith took over at Norwich after parting company with Villa last month and the visitors, now managed by former Liverpool midfielder Steven Gerrard, missed several chances to win by a bigger margin.

Norwich looked toothless and their goalkeeper Tim Krul tipped over a long-range effort from John McGinn before Ramsey beat him in the 34th minute with a goal of the highest quality.

Ramsey took a Watkins pass into his stride on the halfway line and after pulling clear of several markers with a darting run, he unleashed an unstoppable shot into the top corner from the edge of the area.

Krul kept out a close-range Watkins header at the far post with a reflex save in the 55th minute but was powerless in the 87th, when the Villa striker was left with a simple tap-in after good work by substitute Carney Chukwuemeka.

The result lifted Villa to ninth place in the standings on 22 points from 17 games while Norwich stayed rooted to the bottom on 10 points.