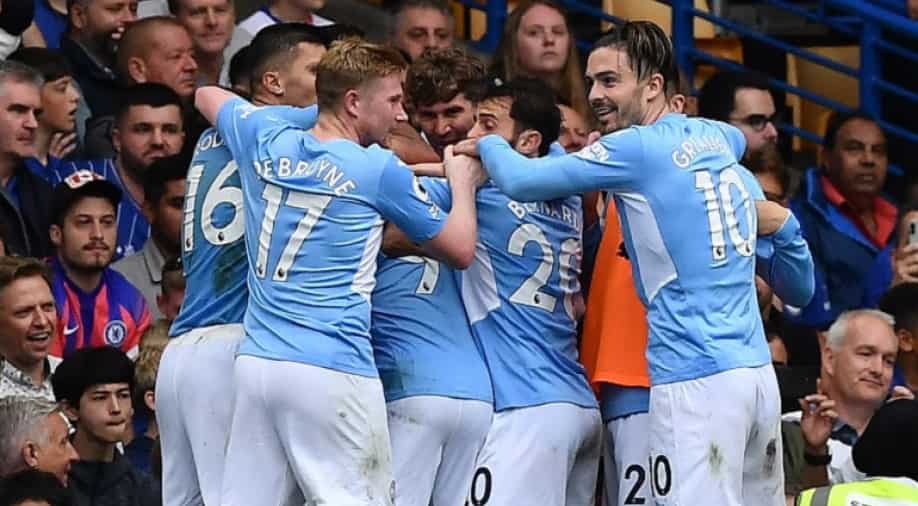 Gabriel Jesus scored in the 53rd minute to help Manchester City secure a 1-0 win over Chelsea in the English Premier League on Saturday.

Jesus pushed the ball home with a deflection off Jorginho after a goalmouth melee in the 53rd minute following City`s 10th corner of the game. The goal sparked the match into life, forcing Chelsea to attack, after a first half of intense pressure from City and attritional defending from the home side.

It was a deserved win for the visitors who pressed Chelsea from the outset and enjoyed 60% possession with Kevin de Bruyne, Jack Grealish and Phil Foden buzzing round Chelsea`s area.

The victory also broke a three-match losing streak for City against Chelsea, the most recent in the Champions League final in Porto in May.