PR Sreejesh likely to get reprieve for playing in charity match 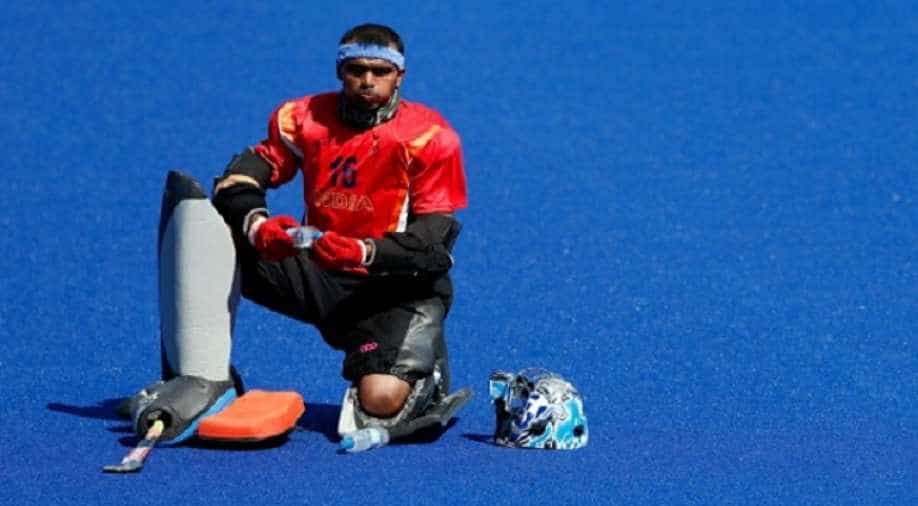 In May this year, Sreejesh had torn his anterior cruciate ligament (ACL) during the Sultan Azlan Shah tournament in Malaysia Photograph:( India.com )

PR Sreejesh's decision to play in Virat Kohli's charity football match might have raised a few eyebrows but India's premier hockey goalkeeper might well just get away with a reprieve, at least this time.

During that period Srejeesh was on a break but what went against him was that he was recuperating from a serious injury that time after being sidelined from the national team following the Azlan Shah Cup in May earlier this year.

There were reports that Sreejesh's action didn't go down well with the team management but he might just get away as Hockey India is yet to initiate any disciplinary action against him.

"Yes, it came to our notice but we didn't initiate any disciplinary action as yet. We are currently busy with the Hockey World League Final and no disciplinary meeting has been called," Hockey India CEO Elena Norman, who is also a member of the Disciplinary Committee, told PTI.

Another member of the Disciplinary Committee is completely in dark about the issue and said he only came to know about the matter when contacted today.

"It's news to me. I only came to know about the matter today. I am not aware of any Disciplinary Committee meeting. I haven't been told anything by Hockey India as yet. Any progress on this matter will take place, if it has to, only after the Hockey World League Final," said the senior member of the committee.

Considered as the best in his business, Sreejesh has been the backbone of Indian hockey since his debut and his brilliance under the bar won India many matches, which includes the 2014 Asian Games gold in Incheon.

In May this year, Sreejesh had torn his anterior cruciate ligament (ACL) during the Sultan Azlan Shah tournament in Malaysia and since then he has been out of the side. India is desperately hoping for Sreejesh to recover soon especially with a busy 2018 lined up.

But Sreejesh's action is in serious breach of Hockey India's Code of Conduct and he faces the risk of four months suspension.

"Sreejesh is a role model for young hockey players and his actions will leave an impact on them. Even though I don't know whose permission he took to play in the match just when he was recovering an injury, I feel he should have avoided it thinking about his own and nation's cause," the Disciplinary Committee member, said.

"Having said that he never had any disciplinary issues in the past, so I feel he will escape with a warning. India need Sreejesh services."

But the big question which is making round is that just whose permission did India's premier goalkeeper take to play in the 'Celebrity Classico'.

"Sreejesh didn't ask Hockey India before playing in the match. We don't have anything on record," the HI CEO said.

"He might have taken permission from his coaches, physio or the High Performance Manager," she said.

High Performance Manager David John, however, said he was not approached by Sreejesh.

"I was not asked. During that period I was not in India. I was with the team in Dhaka for the Asia Cup," John said.

When contacted, Sreejesh refused to comment on the issue.

"I won't like to comment anything on the issue. We will talk later," he said before disconnecting the phone.