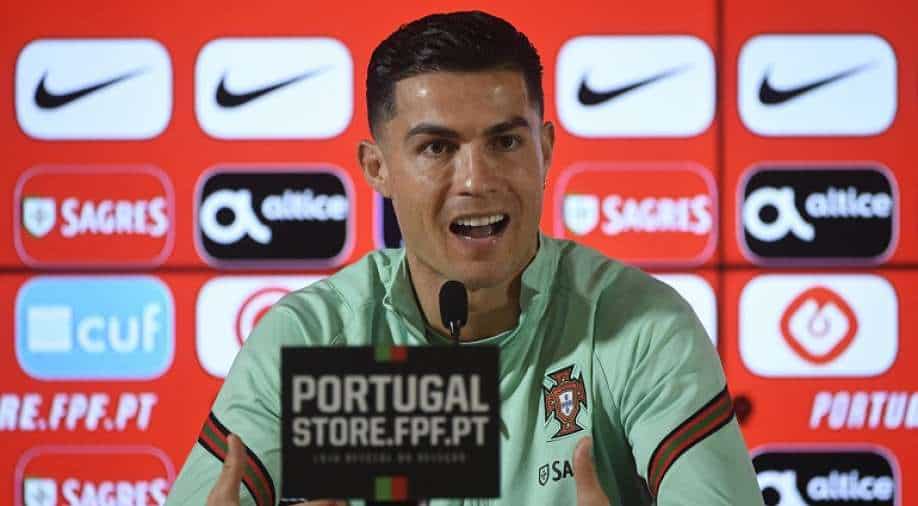 With a spot on the line for what could be his fifth and final World Cup, Cristiano Ronaldo needs to avoid an upset like the one that ended Italy's hopes of making it to the tournament in Qatar.

With a spot on the line for what could be his fifth and final World Cup, Cristiano Ronaldo needs to avoid an upset like the one that ended Italy's hopes of making it to the tournament in Qatar.

Portugal faces a winner-take-all game on Tuesday against North Macedonia, the team that shocked Italy last week to keep the four-time champions out of the World Cup for the second straight time.

"We were surprised," Ronaldo said Monday.

"North Macedonia has surprised in many matches. But I don't think they will surprise us tomorrow. Portugal will play better and we will make it to the World Cup."

ALSO READ: Canada beat Jamaica 4-0 to bring an end to 36-year long wait for a spot in FIFA World Cup

Portugal is trying to reach its sixth straight World Cup, and Ronaldo is hoping to play in his 10th consecutive major tournament after appearing in four World Cups and five European Championships since 2004.

"We know that if we win we will go to the World Cup and if we lose we are out," he said.

"We have the responsibility to be positive and win the match. I see everyone well prepared and wanting to be at their best tomorrow."

Ronaldo is the only player to have scored at least once in the finals of nine top tournaments in a row.

The highest scorer in men's international soccer, Ronaldo would be 41 by the time of the next World Cup if Portugal doesn't qualify to play this year in Qatar.

The Manchester United forward didn't want to talk about the possibility of a World Cup without him.

"There is no World Cup without Portugal," Ronaldo said.

"There are no individualities here."

Ronaldo said he is starting to hear repeated questions about his future and made it clear he is the only one who can make a decision on that.

"If I feel like playing, I will keep playing," he said.

Portugal advanced to the game against North Macedonia by beating Turkey 3-1 in Porto on Thursday, when the visitors squandered an 85th-minute penalty kick that could have erased a two-goal lead from the first half. The Portuguese added their third goal in injury time.

Portugal had been forced into the playoffs after conceding late and relinquishing a lead last year in the final group game against Serbia.

North Macedonia, which gained independence from the former Yugoslavia in 1991, is trying to make it to the World Cup final for the first time. It made its first appearance in the European Championship last year.

Aleksandar Trajkovski's surprising winner against Italy on Thursday came in the second minute of stoppage time in Palermo. North Macedonia had also beaten Germany a year ago in its European qualifying group, in which it finished second to the Germans.

Portugal coach Fernando Santos will have a more complete squad for the match in Porto as defenders Pepe and Jo'o Cancelo are back after missing the game against Turkey. Pepe had tested positive for COVID-19, while Cancelo was suspended.