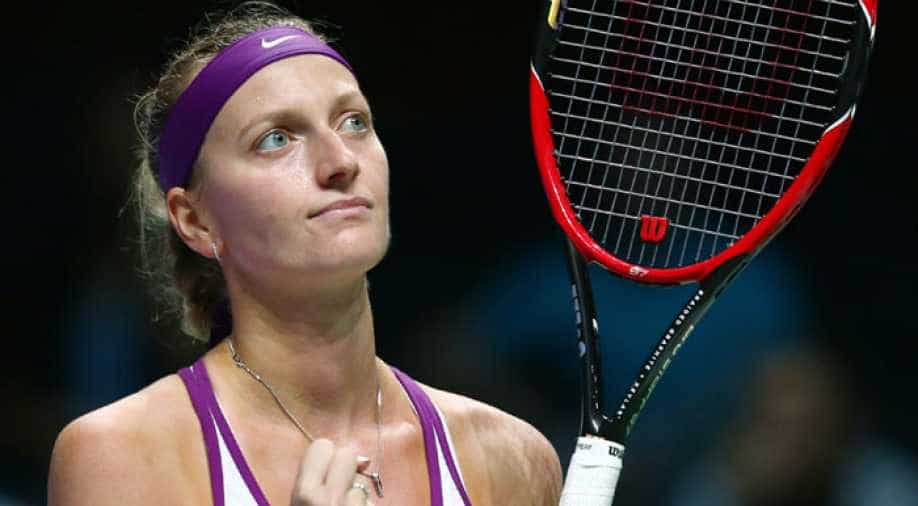 Two-time Wimbledon champion Petra Kvitova rejoiced Thursday after a man who allegedly attacked her with a knife in 2016 was taken into custody but her spokesman said the case was not yet over.

"Naturally this is good news for Petra Kvitova, but the whole case will be over for her only when the culprit has been sentenced," spokesman Karel Tejkal told AFP.

Czech media reports said a man had been detained on May 22 based on an anonymous tip-off and taken into custody on Thursday.

"The district court in Prostejov decided to take a suspect into custody today in the case of P.K.," the website of the DNES broadsheet quoted Zuzana Buresova from the court as saying Thursday.

The public Czech Television said the man was a 54-year-old drug addict, adding Kvitova had identified him as the attacker before travelling to Paris to play at the French Open starting on Sunday.

"We will not comment or confirm any information. We may only say the case has been reopened and the police are working on it," Czech police spokeswoman Eva Kropacova told AFP.

Police shelved the investigation in 2017.

The 28-year-old world number eight suffered career-threatening injuries to her playing left hand as she fought off a knife-wielding intruder at her home in the eastern Czech town of Prostejov in December 2016.

Despite grim forecasts by doctors, who even warned she might lose her fingers, the 2011 and 2014 Wimbledon champion returned to the sport in time for the 2017 French Open.

Kvitova sank from 11th in the world when the crime occurred to 29th at the turn of 2017 and 2018, but she has since climbed back into the top ten, also owing to back-to-back wins at Prague and Madrid at the turn of April and May.