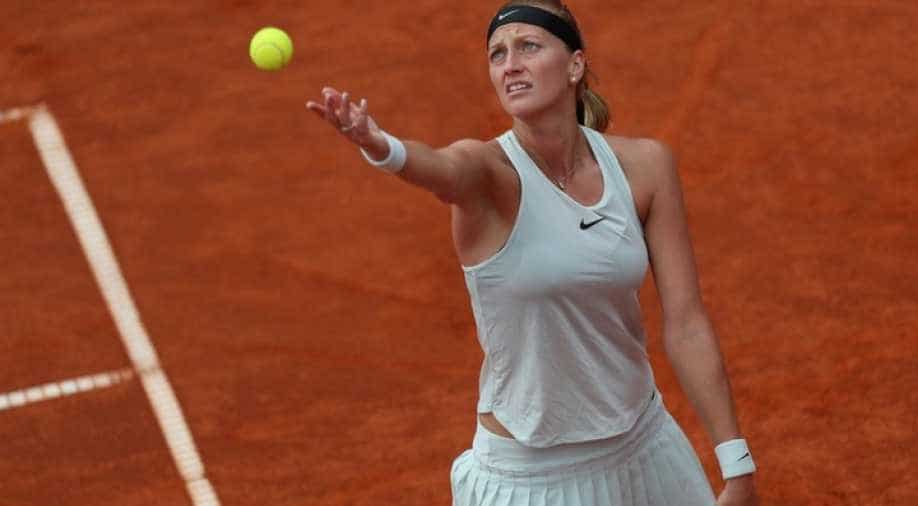 Petra Kvitova moved a step closer to winning a second title of the year when she beat China's Zhang Shuai 7-6(6) 6-0 in the semi-finals of the Prague Open on Friday.

The Czech, who is competing in her home tournament for the first time, faces Romanian Mihaela Buzarnescu in Saturday's final.

Zhang held her own in an evenly contested first set against two-times Wimbledon champion Kvitova and even led 5-1 in the tiebreak before her 28-year-old opponent settled into her stride.

Kvitova struck three winners as she roared back to claim the set and shatter Zhang's confidence.

The second seed wrapped up the match in an hour 18 minutes, sealing the victory with a near-flawless second set in which she struck 15 winners and made three unforced errors.

"After the first set I was extremely calm, I was feeling very good and I believed in myself," Kvitova said courtside.

Kvitova, who is vying for her second title of the year after winning the St Petersburg Ladies Trophy in February, will take on seventh-seed Buzarnescu, who came back to beat Italy's Camila Giorgi 4-6 6-3 7-5 in the other semi-final.

In a marathon encounter lasting two hours and 25 minutes, Buzarnescu found herself on the back foot for extended periods thanks to Giorgi's raw power but clung before making her superior shot selection count.

She won while receiving, as Giorgi sent her to serve to crash into the net for her eighth double fault of the match.

"I was so happy I was able to win - it's a lot of stress because I have my birthday today," said Buzarnescu, who turned 30. "I never stopped believing."