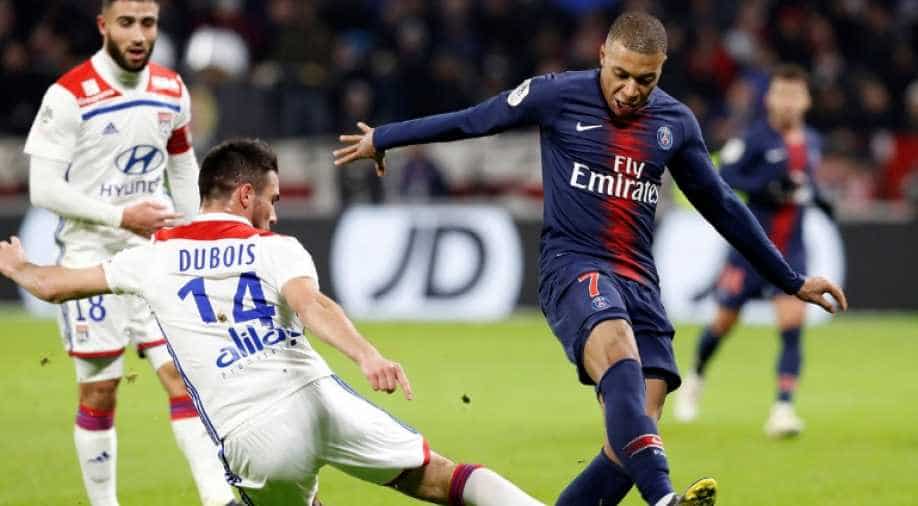 Neymar is expected to miss much of the UEFA Champions League, the most important competition for PSG this season, for which the Qatari-owned club invested roughly 400 million euros over the last two summer transfer windows.

French club Paris Saint-Germain had an outstanding first half of the season, but as a key part of the campaign looms, especially the UEFA Champions League knockout stages, the team started to stutter, having conceded its first 2018-2019 Ligue 1 defeat to Olympique Lyonnais.

Although Sunday's 2-1 defeat did not endanger PSG's league lead. It did, however, raise some important questions regarding the team's cool-headedness during this decisive period of the season, especially ahead of the UCL last-16 encounters against England's Manchester United.

The first concern for the Parisian club should be the impact of Brazil superstar Neymar Jr.'s 10-week absence due to his recurring fifth right metatarsal injury, which had also resigned him to the sidelines last year, forcing PSG to confront its main challenge of the season without its star player.

"Last season, he was also injured," PSG's and France's young talent Kylian Mbappe said after the 2-1 defeat to Lyon. "It would be nice not to make the same mistakes, otherwise it would mean that we did not learn anything."

"It feels good to play matches like that," he added. "Facing teams that play (well), is the best way to prepare for the upcoming deadlines. It is up to us to win."

The 26-year-old Brazilian star Neymar became the most expensive player in the world when PSG paid the 222-million-euros buyout clause ($254 million) for the forward in Aug. 2017 in a surprise move which brought Neymar from Barcelona to Paris.

Neymar is expected to miss much of the UEFA Champions League, the most important competition for PSG this season, for which the Qatari-owned club invested roughly 400 million euros over the last two summer transfer windows.

The Ligue 1 defending champion is set to take on Man United at Old Trafford on Feb. 12, then to host the English team at Parc des Princes on Mar. 6. Neymar is also expected to miss both legs of the quarter-finals should PSG make it that far.

When both teams were paired during the UCL draw on Dec. 17, PSG seemed to be the favorite, as Manchester United then was experiencing bad streak under Portuguese coach Jose Mourinho, who was sacked the next day.

Then, after appointing the Norwegian Ole Gunnar Solskjaer as caretaker manager until the end of the season, the English team has been on a 10-match unbeaten run in all domestic competitions.

Meanwhile, PSG had put on a strong performance at the beginning of the season, claiming 14 consecutive Ligue 1 victories, and securing a 22-match undefeated run. But, things changed after the winter break.

PSG's first ever defeat of the season was in the Coupe de la Ligue's quarters on Jan. 9, at the hands of the minnow Guingamp, who is last in the French league's table. That shock defeat was followed by PSG's first Ligue 1 loss to Lyon on Sunday.

The timing evoked memories of its wobbles last season against Real Madrid and begs the question as to whether its lack of real national rivals makes it lose context when facing elite teams from across Europe.

In the 2017-2018 CL campaign, PSG was the Group B winner with 15 points, scoring 25 goals, however, the French team was handed two defeats in the round of 16 both legs (3-1 and 1-2), at the hands of Real Madrid, who eventually won the trophy for the third consecutive year.

"This is the level of intensity that we have to show in the Champions League," Tuchel said. "We are capable of fighting at that level."