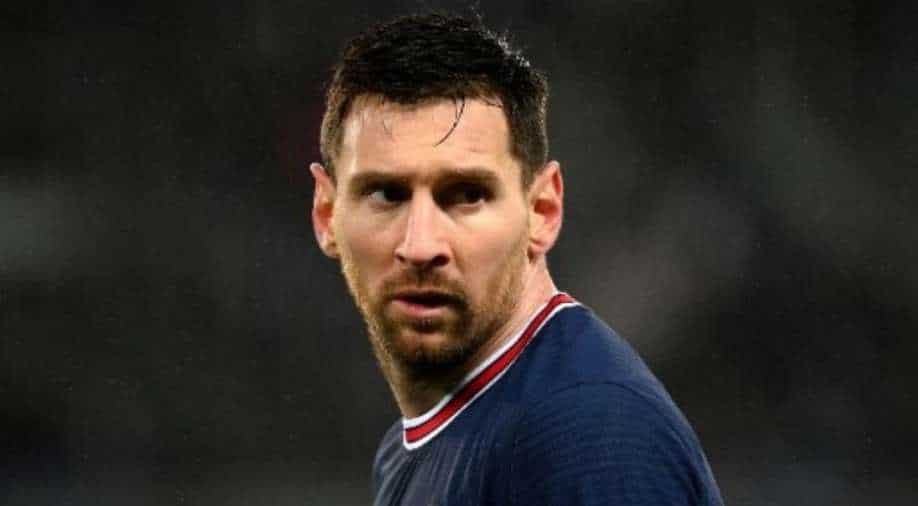 The club released a statement to inform that four players that tested positive for COVID-19 are Leo Messi, Juan Bernat, Sergio Rico and Nathan Bitumazala

Paris Saint-Germain on Sunday (January 2) confirmed that the star player Lionel Messi has been tested positive for coronavirus (COVID-19) and has entered self-isolation.

The seven-time Ballon d'Or winner was one of four PSG players to test positive for the virus ahead of a French Cup match against Vannes.

The club released a statement to inform that four players that tested positive for COVID-19 are Leo Messi, Juan Bernat, Sergio Rico and Nathan Bitumazala.

"They are currently in isolation and are subject to the appropriate health protocol," a part of the statement read.

"Neymar JR will continue his treatment in Brazil until 9 January with members of the Paris Saint-Germain medical and performance staff. His return to training is still expected to be in about 3 weeks," the statement further added.

Messi will miss Monday's cup tie and will likely also be sidelined for PSG's first Ligue 1 match since the winter break, at Lyon next Sunday.

Ever since the Argentinian star has joined PSG after an emotional exit from Barcelona last summer, he has scored only one goal in 11 league appearances for PSG, although he has netted five times in the Champions League. His overall performance has not been how the fans hoped it would be.