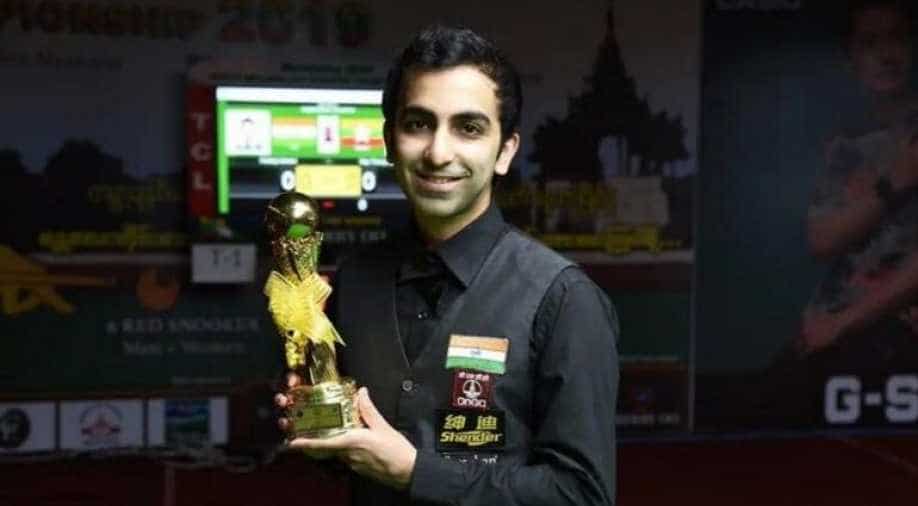 In a one-sided clash, Advani won the match by 6-2 against the local favourite Nay Thway Oo

India's billiards superstar Pankaj Advani on Sunday clinched his 22nd world title for the country by winning a fourth straight final in the 150-up format at the IBSF World Billiards Championship in Mandalay.

Calling his achievement "extremely special", Advani said, "It's such a touch-and-go format and so unpredictable that winning this four years on the trot and five out of the last six is extremely special."

In a one-sided clash, Advani won the match by 6-2 against the local favourite Nay Thway Oo. After losing to Advani, Oo had to settle for a silver medal for the second time in a row.

Advani, speaking about his performance, said, "Every time I participate in a world championship, one thing is clear - my motivation to excel has not diminished. This win a testament to the fact that my hunger and fire are both well and truly alive."