Paire removed from US Open after COVID-19 positive revealed 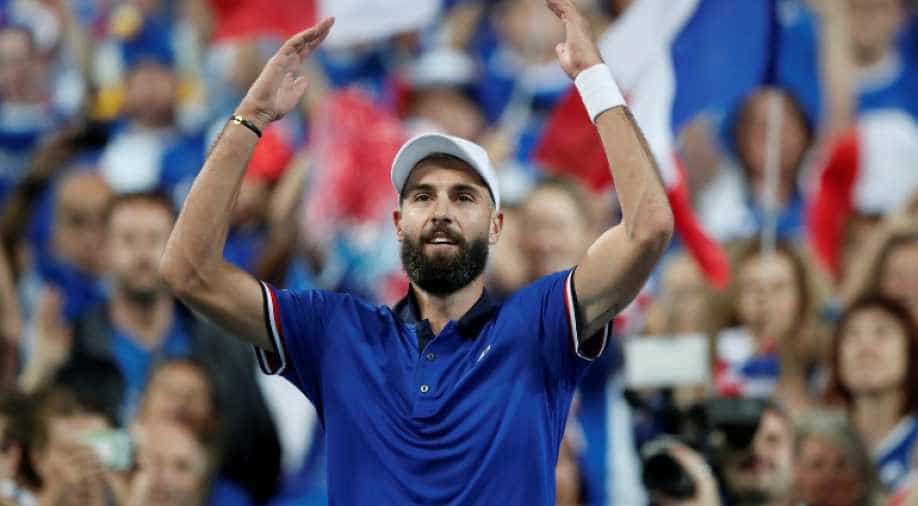 France's Benoit Paire was removed from the US Open men's draw on Sunday after the Grand Slam tournament announced an unidentified player had been withdrawn after testing positive for COVID-19.

France's Benoit Paire was removed from the US Open men's draw on Sunday after the Grand Slam tournament announced an unidentified player had been withdrawn after testing positive for COVID-19.

Paire's name was removed from the US Open website's official draw and replaced with that of 149th-ranked Spaniard Marcel Granollers, who is set to face Poland's 108th-ranked Kamil Majchrzak in a first-round match next week.

The US Tennis Association said the asymptomatic player has been advised to follow state and tournament health and safety protocols requiring isolation for at least 10 days.

Contact tracing has been initiated to determine if anyone else must quarantine for 14 days as a result of being around the player involved.

News of the positive test comes after players have been practicing and playing a tuneup event, the ATP and WTA Western and Southern Open, usually staged in Cincinnati, in the same quarantine bubble where the US Open begins Monday without spectators.

Paire, 31, was seeded 17th. He made his first Grand Slam fourth round in 2015 at the US Open and that remains level for his deepest Slam run.

Paire had arrived in the US on August 18 and numerous coronavirus tests had returned negative results.

However, he was forced to retire from his first round match in the Western and Southern Open against Borna Coric after complaining of feeling unwell.

World number one Novak Djokovic is the man to beat as he chases an 18th Grand Slam title and fourth crown on the New York hardcourts after 2011, 2015 and 2018.

Djokovic and Japan's Naomi Osaka, whose status is in doubt due to a left hamstring injury that forced her to pull out of Saturday's WTA New York final, are both scheduled to play in Monday night's feature matches at Arthur Ashe Stadium.

Parts of the US National Tennis Center grounds were turned into makeshift hospitals during the worst of the pandemic in New York last April.

Intense cleaning and safety protocols were put in place before the US Open allowed players into the bubble.

The number of support personnel for each players was limited to keep the number of people inside the bubble to a minimum.

Most players are housed at specific hotels in a quarantine move and those who rent private houses, such as Djokovic, had to pay for safety measures and security to ensure their lockdown areas were as safeguarded as the quarantine bubble.