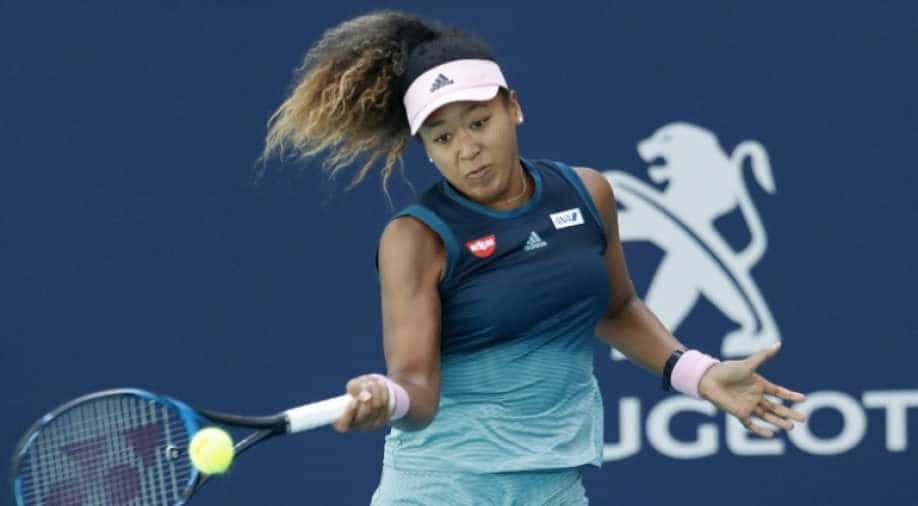 Osaka pulled out of her Gippsland Trophy semi-final with an unspecified "niggling injury" but said she looked forward to competing at the Australian Open, which starts on Monday.

Osaka pulled out of her Gippsland Trophy semi-final with an unspecified "niggling injury" but said she looked forward to competing at the Australian Open, which starts on Monday.

"Sorry to Tennis Australia and the fans to have to withdraw today," Osaka said in a statement.

"I have a niggling injury and in light of the AO on the horizon, I need to be cautious. I look forward to competing next week."

The injuries were a further blow for organisers, coming a day after Serena Williams withdrew from her Yarra Valley Open semi-final against world number one Ash Barty.

Barty will face a tough test in Sunday`s final against the in-form Garbine Muguruza, who backed up a 6-2 6-2 quarter-final win over Australian Open champion Sofia Kenin with a 6-1 6-0 thrashing of Marketa Vondrousova on Saturday.

The Spaniard, the runner-up to Kenin at Melbourne Park last year, has dropped only 10 games in four matches on her way to the final.

"I think I played well today, my serve was working well at the right moments and I was able to control the match," Muguruza said after wrapping up her win over the Czech in under an hour.

Osaka`s withdrawal gave Belgian Elise Mertens a walkover to the final of the Gippsland Trophy, where she will meet Ekaterina Alexandrova or Kaia Kanepi.

Azarenka, who won back-to-back Australian Open titles in 2012-13, withdrew from her Grampians Trophy quarter-final against Anett Kontaveit, giving the Estonian a walkover. The WTA said the Belarusian had a lower back problem.

Kontaveit will play Maria Sakkari in the semi-finals after the Greek ousted 2016 Australian Open champion Angelique Kerber 6-4 6-2 in their quarter-final in front of a small crowd on Margaret Court Arena.