Opinion: Will it be Roger Federer or a new star will arrive at Australian Open 2018 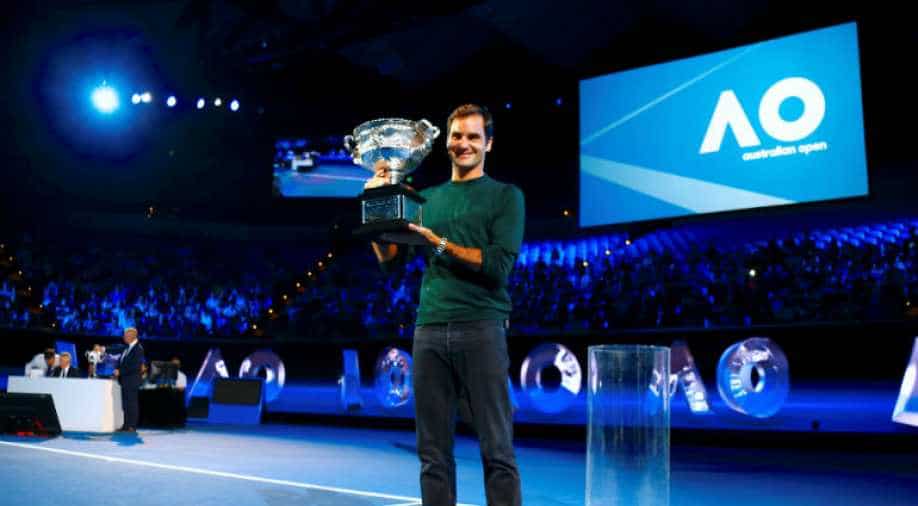 Switzerland's Roger Federer holds the Men's singles trophy as he participates in the official draw ceremony ahead of the Australian Open tennis tournament. Photograph:( Reuters )

On 15th January, the first Grand Slam of 2018 Australian will start. The two legends of the game Rafael Nadal & Roger Federer are sitting at the top two seeds in Men’s singles.

Since the last version of Australian Open was played, one year has gone past but the hangover of that epic and immortal final in Men’s Singles doesn’t cease to exist. Two greatest players of all times Federer and Nadal played in a high voltage final that year in Australian Open; which is one among the best ever match played in any Grand Slam and most watched match as well.

Federer held nerves till the end and won this marathon clash in five sets. It was Tennis at its best, truly mesmerizing and intoxicating.

The interesting point here is that Federer and Nadal went to Melbourne last year with their own set of problems and with persistent issues. Both were not at all on the list of favourites and were seeded 17th and 9th in the tournament respectively.

In the window spanning 2008-2017, the men ATP tour has actually been dominated by the big three: Federer, Nadal and Djokovic. Together they won 32 out of total 40 Grand Slams in this period. Federer is even more incredible, as he had won 12 Grand Slam till 2007 itself and 7 during past 10 years. Federer’s first and last (19th) Grand Slam were 14 years apart, a feat which is truly incredible.

The big three have been so impeccable that it has been for long now that Men’s Tennis is waiting for its the next big star. Men’s Tennis icons have a typical template; they make their arrival felt with a thumping sound in their teens or in the early twenties. Like Boris Becker with Wimbledon Title in 1985, Pete Sampras with US Open Title in 1990, Roger Federer with that iconic victory over Pete Sampras in 2001 Wimbledon. Last time such an entry was made by Djokovic in 2008 in Australian Open. Andy Murray and Stan Wawrinka don’t quite fit in this template despite three Grand Slams each for them, as success came little late for them and just after three Grand Slams each they are past their prime.

So what would happen in this New Year at Australian Open? A new star would make headway to the title or one of these senior players will lift the title.

This year situation is different as Andy Murray is out of action on health ground. Nadal and Djokovic are struggling with fitness issues. As of now, both are on for the tournament but uncertainties loom. Djokovic has been struggling ever since he won the French Open in 2016 on various front and he has himself admitted that he is not sure of his fitness in days to come. Nadal has been in a whirlwind form in 2017. At the age of 31, he finished the year 2017 with top rank (oldest ever to do so) but currently, his fitness is troubling him. Stan Wawrinka is reeling with this troubling knee and it is still unsure whether he can turn up for his 1st round match in Australian Open.

In this situation, among all oldies, it looks like a smooth sailing for Federer who is eying his whopping 20th Grand Slam and 6th Australian Open.

For those who are looking for the next big name in Men’s Tennis, eyes are on 198 cms tall, current world number four and 20 years old German youngster Alexander Zverev.  Though he has a mediocre Grand Slam record till date, he defeated Federer in 2017 Rogers Cup. Incidentally Zverev is 20 years of age right now; the age at which Pete Sampras, Federer and Djokovic arrived with a bang. So this may be Zverev’s moment.

Seeded third, the 26 years old Bulgarian Grigor Dimitrov is a contender too. He lost out in the semi-final last year. Dimitrov won the Junior Wimbledon title in 2008 and has been active in ATP for many years. Success came him bit late but 2017 was an outstanding year for him

This is a great chance for us to see a new winner at the Australian Open. Among the legends, there is only Roger Federer. So most likely it would be the 20th title for Roger Federer or a new star will come to the horizon at Rod Laver Arena, Melbourne.