Opinion: Why South Africa has never been a happy hunting place for Team India 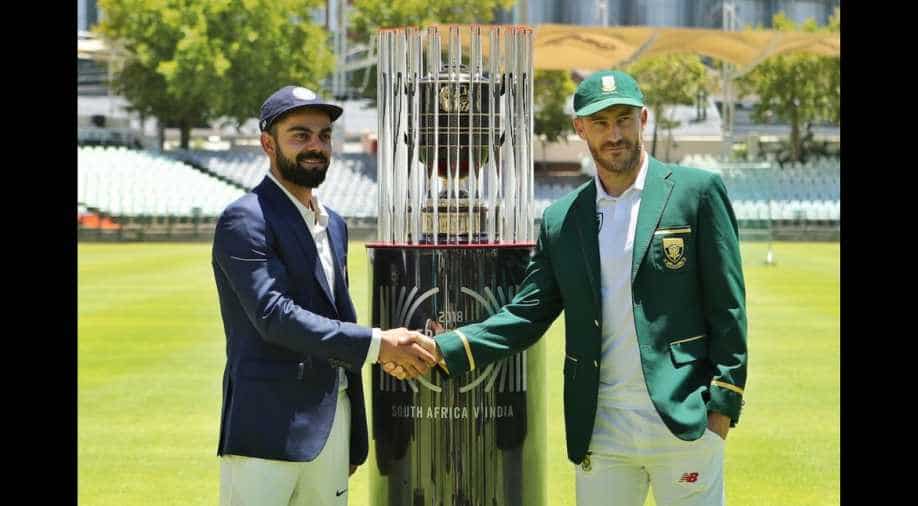 South Africa has never been a happy hunting place for Team India. Out of the 17 Tests that they have played in the country since 1992, they have managed just two victories so far.

However, there is a distinct difference between the current Indian team and those of the past. Led by a fearless Virat Kohli, the present Indian team oozes confidence. It has in them the talent and the spirit to upstage the robust South Africans in their own den when they take them on at Cape Town on the 5th of January for the first Test of the three-match series.

Aside from Kohli himself, the likes of Cheteshwar Pujara, Lokesh Rahul, Bhuvneshwar Kumar, Ravichandran Ashwin and Murali Vijay have been India’s star performers in Test cricket in the recent past that has led to their rise as the No. 1 Test team in the world. The visitors would be banking on them to make a difference in the Test series against South Africa.

Virender Sehwag knew only one way to bat – see the ball, hit the ball. This trait of his was especially evident in the 1st Test between India and South Africa at Chennai in 2008. Trying to overtake South Africa’s mammoth 1st innings total of 540, the home side were led by a marauding Virender Sehwag who absolutely tore into the robust South African bowling.

Using his typical hand-eye co-ordination, Sehwag smashed every bowler with disdain to reach a career-best 319 off just 304 balls with 42 fours and 5 sixes – his second triple hundred and also the highest ever Test score by an Indian. The match ended in a draw, but Sehwag’s sizzling knock was unforgettable.

The visiting Indian side was having a torrid time on their tour to South Africa in 1996-97. After having lost the first Test, they were tottering at 5-58 in the second Test at Cape Town while trying to reach South Africa’s massive total of 529. But then, Indian batting maestro Sachin Tendulkar produced one of his best ever knocks to save India the blushes.

Fighting fire with fire, Sachin, along with Mohammad Azharuddin (115), took on the likes Allan Donald and Shaun Pollock and punished them in a dazzling display of batsmanship. Sachin scored a majestic 169 off 254 balls with 26 fours and it was courtesy his knock that India could manage to post 359. Unfortunately, they lost the match by 282 runs later.

Chasing a tough target of 356 on an uneven Wanderers pitch on the last day of the third Test against India, South Africa was looking down the barrel at 7-95. With the bowlers of the visiting Indian side showing great vigor, it was only Daryll Cullinan who stood tall among the ruins. Even as the ball moved around viciously, Cullinan displayed great character and stuck around. He punished the loose balls and kept rotating the strike with the tail. Eventually, Cullinan remained unbeaten on a terrific 122 with 15 fours and a six that helped South Africa squeeze out a nerve-wracking draw.

It was a debut performance of a lifetime. After having lost the first Test at Ahmedabad, the South African side needed to come back strongly in the second Test at Kolkata on their tour to India in 1996. Their saviour turned out to be debutant Lance Klusener.

Set a colossal target of 467 for victory, the Indian innings was rocked by the sensational seam bowling effort by Klusener. Appearing in his maiden Test match, Klusener showed remarkable maturity in bowling tight lengths and extracting prodigious seam movement off the Eden Gardens pitch.

One after the other, the Indian batsman fell to his sharp inswingers and away ones. Klusener ended with phenomenal figures of 8-64 – the best bowling figures yet in India-South Africa Tests – that shot India out for just 137 and gave South Africa a comprehensive 123-run victory.

On three previous tours and 9 Tests before 2006, the Indian team had not been able to achieve a single victory in South Africa. That changed in the very first Test of India’s tour to South Africa in 2006-07 at Johannesburg. On a track that assisted pacers, India batted first and was bowled out for just 249. However, as they came to bowl, the visitors turned things around courtesy an absolutely majestic spell of seam bowling by S Sreesanth. Moving the ball around both ways with a fabulous seam position, Sreesanth dismantled the stable South African batting order. He recorded terrific figures of 5-40 that helped bowl the home team out for just 84 and eventually gave India a historic maiden Test victory in South Africa by 123 runs. It was a spectacular spell and will go down as one of the very best seen in the country.