Opinion: Enemies in war, friends in sports. Koreas are not the only one 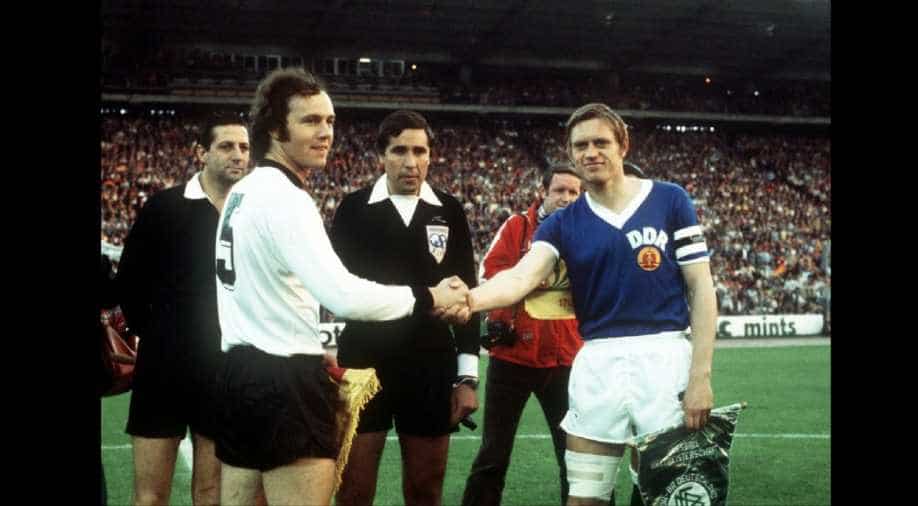 Call it the effect of salvos between Trump and Kim Jong-un or maybe some good sense prevailed, as a welcome gesture, North and South Korea agreed on Wednesday to march their athletes together under one flag at the opening ceremony of the Winter Olympics next month and to field a joint women’s ice hockey team.

Though it is a small event but a seminal one. It may certainly pave the path for a possible political reconciliation between these two nations. The event is significant for the world as it is the sign of ebbing madness of Kin Jong-un who appeared hell-bent to go for a skirmish with the USA and pushing the world to the danger of nuclear war.

Sports and politics, diplomacy and animosity have been in a close relationship for decades, more of a love-hate relationship. Sports, by and large, have been great healer and reconciler. At times it has set the tone for a larger peace narrative. Remember, how in 1987  Pakistan’s premier Zia-ul-Haq flew to Jaipur to catch the action of India-Pakistan Test match after BCCI extended invitation to him. Zia claimed that his objective was to restore communication and release tension. Later that year, India and Pakistan jointly organised the ICC Cricket World Cup.

Sports breaks the barrier, brings good sense, embarrasses flag bearers of hatred and serve as the epitome of great human values. In the 1936 Berlin Olympic, Hitler was determined to showcase Germany's might to the world. However, it was an American black athlete Jesse Owens who stole the show by winning four Gold Medals in Athletics.

Later, Owens revealed something very interesting. In the Long Jump event, Owens was committing regular foul jumps and the threat of omission was looming. Luz Long, a German white, who himself was competing in the Long Jump, went over to Owens and gave him a technical tip. The tip was dead right; as Owens went on to win Gold Medal whereas Luz Long finished second. Long’s goodwill gesture had cost him the Gold Medal. After the competition is over, Long strolled back to the dressing room arm-in-arm with Owens in front of Adolf Hitler. Long knew that this gesture would not go well with Nazis but it is the sportsman spirit, which prevailed.

I remember how spectators during the opening ceremony of 1992 Barcelona Olympics were in tears when the unified Germany team came out for a parade. It was a historic moment and it was possible due to Germany's unification in 1990.

When the relationship between India and Pakistan had spoiled badly after the 1965 and the 1971 wars, it was cricket which played a major role in smoothening things. After Cricket Control boards of both nations took initiative, India toured Pakistan in 1978 for a historical Test series after 17 years. Incidentally, it was debut series of the legendary Kapil Dev.

If sports have been a great healer and reconciler, it has been one of the biggest sufferers of the political and diplomatic slugfest.

During the peak of Cold War, sports became a playground for supremacy. Egos of USA and USSR were clashing in the sports arena, turning it into a battleground. USSR with allies like GDR (better known as East Germany) was giving a tough fight to the USA (with West Germany) at Olympics. It was a matter of huge pride for them that who stood where in the medal tally.

The passion for competition reached a level when Boris Spassky from the USSR met Bobby Fisher of USA for the World Chess title at Reykjavik (Iceland) in 1972; both countries treated it as a pseudo war. It received unprecedented media attention across the world. It reached to such a level that, reportedly, the US National Security Advisor Henry Kissinger phoned reluctant Bobby Fischer from Washington and said “America wants you to go over there and beat the Russians. Go to Iceland.” It became a fight for pride for two superpowers. Fisher won and the whole US rejoiced as Chess was a game which Soviet had ruled till then.

The animosity hurt sports festivals badly. The USSR hosted Olympic Games in 1980, which the USA and allied countries boycotted. Four years later, the USSR and allies settled the score by boycotting the 1984 Olympic Games held at Los Angles USA.

This year's Winter Olympics has come as a great messenger of peace and reconciliation. In spite of whatever pain and damage politics and diplomacy have inflicted on sports and sportspersons, sports, as usual, is playing its part to bring harmony to this globe.