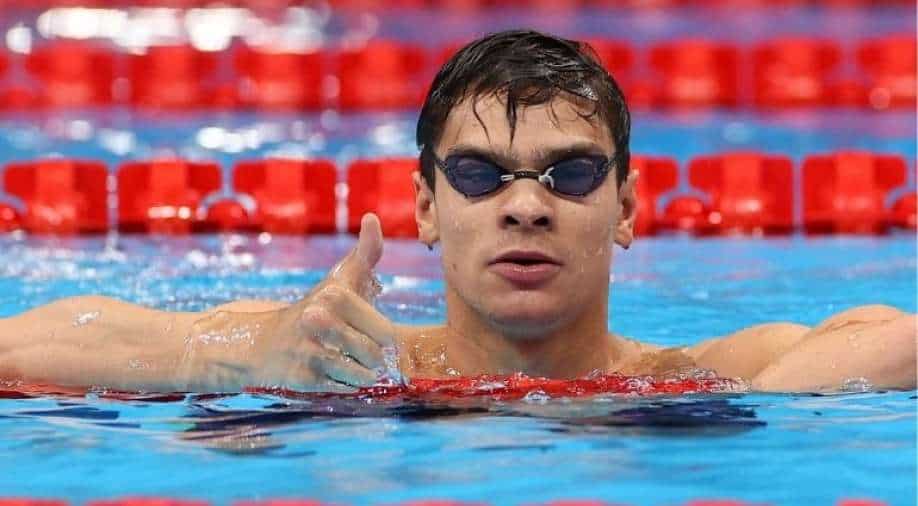 "I was overwhelmed by joy ... now I just have to prove myself in other events," Rylov said at a news conference.

Touching the wall in 51.98 seconds, 0.02 ahead of Kolesnikov, Rylov became the first Russian man to win an Olympic swimming gold since the Atlanta Games in 1996 when Alexander Popov and Denis Pankratov both topped the podium twice.

"I was overwhelmed by joy ... now I just have to prove myself in other events," Rylov said at a news conference.

"I do understand the sky is the limit but I have achieved a very important result and of course I felt a huge relief."

The 1-2 finish for the Russians comes as they compete under the flag of the Russian Olympic Committee (ROC) at the Tokyo Olympics as part of sanctions for several doping scandals.

When asked about hearing Tchaikovsky instead of the Russian anthem at the podium, Rylov said they just had to accept it.

"Perhaps it was the best solution than having us miss the Games altogether."

The 24-year-old Rylov's gold also ended the United States' six Games winning streak in the event, but he said there was no "special rivalry" between the camps.

Despite his disappointment, American Murphy, who holds the world record of 51.85 which he set in Rio, was pleased that Russian swimmers were at Tokyo.

"It was really cool to see the Russians ... do really great and to be a part of that," Murphy said.

Murphy and Rylov will both be competing in the 200m backstroke when heats get underway on Wednesday. Murphy is the defending champion and the United States have also won that event at six straight Games.

Rylov, who started swimming aged six in Russia`s Novotroitsk, made his Olympic debut in Rio where he placed sixth in the 100m backstroke and won a bronze in the 200m.